The spiritual life tugs against the constant tide of complacency and self-reliance. “Do you love me?” Jesus asked Peter?

Coming back to our first love remains our constant challenge, for there alone is life truly found.

Listen in as Melissa Flores of He’s Alive Radio talks with me about traveling in the Holy Land, understanding the Feast of Tabernacles, and how the Hebrew word for “tent” makes us laugh.

We also discuss my book, Walking in the Footsteps of Jesus. 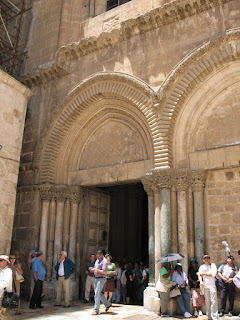 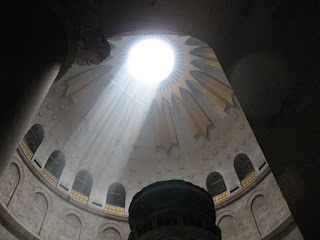 If we’re honest, we want God to make our lives easier. Period.

But God loves us too much to leave us where we are; He wants holiness for us. Jesus showed that the road to glory leads through the cross–both for Him and for us.

Every four years presidential hopefuls offer “hope” for the future that boils down to plain optimism. The elections reveal how our culture makes decisions: Go for image and emotion rather than substance and truth.

One candidate referred to “hope” as “God’s greatest gift to us, the bedrock of this nation; a belief in things not seen; a belief that there are better days ahead.” But on what basis is this hope built? Hope needs a basis of reality beyond wishful thinking. True hope finds its bedrock not what we want God to give us—but in what He has promised to give.

Like those in Jesus’ day, we long for heaven on earth here and now. We crave eternity’s blessings today, although has God expressly reserved them for tomorrow. Giving up on the hope of glory, we settle for trips to Disney World.

Even though God requires that we put our hope in the next life, that doesn’t mean we stick our heads in the sand in this one. We have a responsibility to pray for our government and to impact our society for Christ. So we must vote. But our hopes are not in how the ballots tally. Life is all about God, remember, and not about us what He gives us.

So, our hope cannot rest in “better days ahead” promised by those who lack the power to give it. Let the brutal barrage of the political campaigns remind you of the futility of hope in this life—and the necessity of hope in heaven.

I like what George Palmer quipped shortly before he died: “I’m homesick for Heaven. It’s the hope of dying that has kept me alive this long.”

We have great expectations of Jesus, but His agenda often contradicts our desires. Jesus disappointed everyone but the Father . . . in order to give them something better than what they expected. The same is true for us.

Studying Bible lands has permanently marked my life and changed the way I understand the Scriptures. My experience is not unique.

I have videotaped a number of interviews with those who have both studied geography and also been to Israel. I hope this video encourages you personally to experience the Lands of the Bible for yourself . . . or at least to begin praying about the possibility. It’s worth it.

No shame! The words describe two people: the shameless and the ashamed—those who flagrantly disobey God and those who feel the weight of His conviction. To each God has a different response. If you will turn to Him in spite of your shameful past, God has a promise:

In that day you will feel no shame because of all your deeds . . . I will save the lame and gather the outcast, and I will turn their shame into praise and renown in all the earth. —Zeph. 3:11, 19

Let there be no shame on you—not because you are shameless—but because God has removed the sin.