5 Christian Sites in Jerusalem You Should Know About

Jerusalem is famous for the standard sites tourists visit. The Western Wall, the Temple Mount, the Holocaust Museum, and the Israel Museum top the list of many visitors to Jerusalem.

(Photo: Sunrise over the Holy City of Jerusalem. Courtesy of the Pictorial Library of Bible Lands)

Pilgrims, sightseers, and worshippers from three major religions journey to the Holy City every year. Because Judaism, Christianity, and Islam, all see Jerusalem as a Holy City, it’s tough to designate many of the Christian sites in Jerusalem as distinctly Christian.

After all, Christianity has its roots in the faith of the ancient Hebrews. Jesus was a Jew, and so, many Jewish sites are therefore also connected to Christianity.

Even still, I have selected ten Christian sites in Jerusalem that have a direct, historical connection to the ministry of Jesus.

The Mount of Olives

The Mount of Olives has always been associated with Jerusalem, though technically it is not part the city. The journey from Jericho up to Jerusalem is one Jesus would have made dozens of times in His life.

The pinnacle of the journey literally was the Mount of Olives. Cresting the hill afforded Jesus His first view of the city. 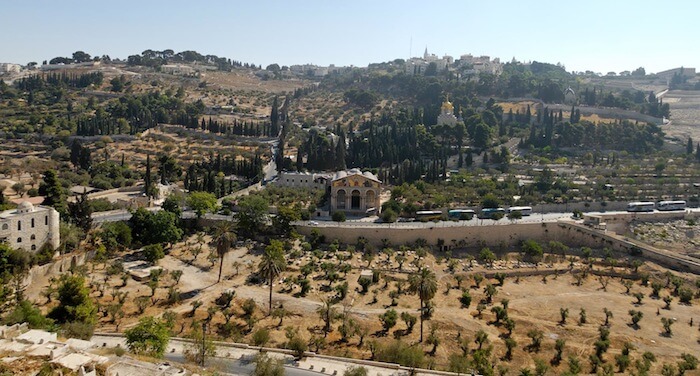 (Photo: Mount of Olives from Jerusalem. Courtesy of the Pictorial Library of Bible Lands)

The sharp descent of the Mount of Olives follows a narrow road with high walls. The Dominus Flevit Church memorializes in its Latin name the moment “the Lord wept” over Jerusalem at His Triumphal Entry (Luke 19:41). The roof of the quaint chapel resembles the shape of an inverted teardrop. 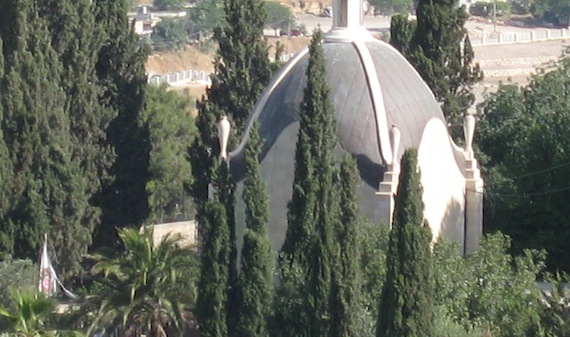 (Photo: The Dominus Flevit Church, shaped like an inverted teardrop)

The Prophet Daniel foretold that exactly 483 Jewish years—or 476 Gregorian years—from the rebuilding of Jerusalem in March 444 B.C., “Messiah the Prince” would appear (Daniel 9:25). At His first coming on the Mount of Olives, Jesus was rejected by Israel. But Scripture indicates that at Jesus’ Second Coming “all Israel will be saved” (Romans 11:26).

The Pools of Bethesda

Inside Stephen’s Gate (or the Lion’s Gate), an entrance on the north wall opens into a picturesque courtyard with flowers and foliage. This leads to deep pits with ancient, stone walls beside St. Anne’s Church. These are the Pools of Bethesda. 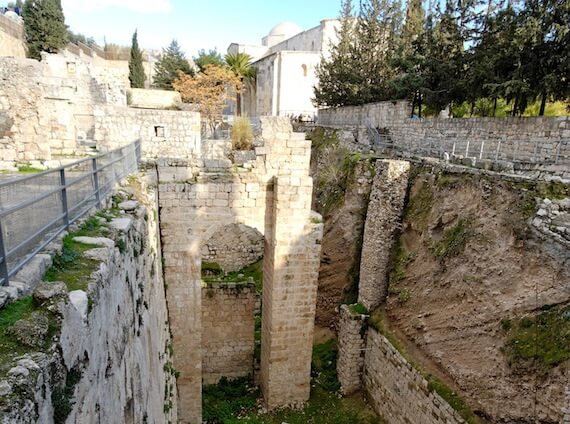 (Photo: Pools of Bethesda and Saint Anne’s Church in background. Courtesy of the Pictorial Library of Bible Lands)

The Pool of Siloam 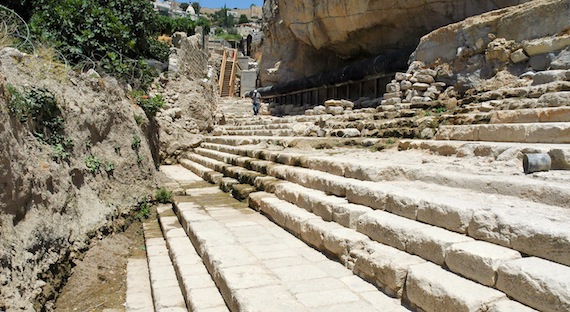 Jesus sent a blind man to the Pool of Siloam and healed him there from a distance (John 9:7).

Fewer places give the sense of the time of Jesus like the Southern Steps excavations. Just south of the Temple Mount a 200-foot wide flight of stairs represents both original and restored steps from the Second Temple period. 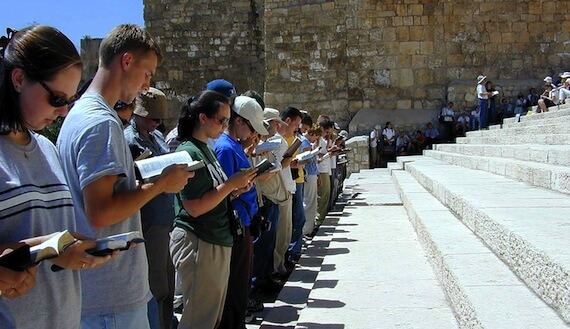 (Photo: The Southern Steps to the Temple Mount. Courtesy of the Pictorial Library of Bible Lands)

Around the corner to the west, archaeologists have removed most of the rubble from the Temple’s destruction in AD 70, but they left one pile of stones just as they found them—the street still depressed from the force of the impact. Jesus predicted this destruction on His last visit to the temple in AD 33 (Matthew 24:1-2). 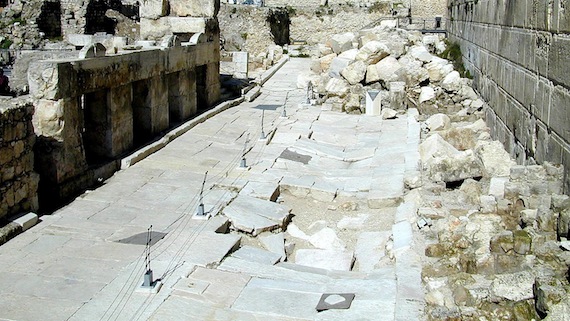 In my next post, I’ll share five more Christian sites in Jerusalem, particularly those related to the death and resurrection of Jesus.

Tell me what you think: What is your favorite of the Christian sites in Jerusalem? To leave a comment, just click here.