Jesus Has Many More Eye-Opening Truths to Teach You

Many people have never lived a day without knowing the name of Jesus. They grew up with the hymns and knowing the gospels. Others have taken their knowledge of the Savior further through intensive study, Bible school, or even seminary.

(Photo: The Plain of Bethsaida. Courtesy of the Pictorial Library of Bible Lands)

Although many years of knowing Christ often carry with them the danger of familiarity—i.e. complacency—not everyone falls prey to the threat. There is, in fact, another danger.

All of Jesus’ disciples grew up knowing their Bibles. They lived in anticipation of the Messiah. And finally, they had found Him.

What else was there to gain? They had gone as high as they could. Many of us might slip into the same error of thinking.

For the faithful follower of Jesus, there is another danger beyond complacency.

This wasn’t the first time Jesus took the disciples to Bethsaida. He had performed a miracle thereabouts by multiplying the fish and loaves for thousands to eat. As Jesus and His men approached the area where this miracle had occurred, Jesus asked them a question:

Why do you discuss the fact that you have no bread? Do you not yet see or understand? Do you have a hardened heart? Having eyes, do you not see? — Mark 8:17-18

This should have been a clue when someone brought a blind man to Jesus at Bethsaida. The Lord healed the man—but not all at once (Mark 8:22-26).

(Photo: Bethsaida houses of fisherman and vinegrower. Courtesy of the Pictorial Library of Bible Lands)

Strange, but why did Jesus heal the blind man in stages?

No. None of these. The answer lies in the questions Jesus had asked the disciples right before the miracle. Here they are again:

Jesus’ intended His healing of the blind man to open the eyes of the disciples. Jesus gave sight to the blind man in stages to teach His disciples that their understanding would come in stages.

I Can See Clearly Now

Immediately after the lesson at Bethsaida, Jesus took the twelve north to Caesarea Philippi where He took their understanding of Him to a new level. 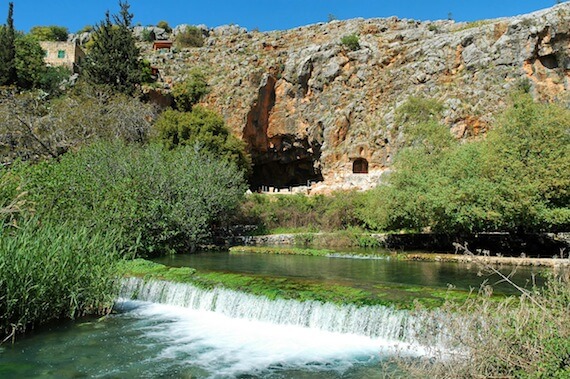 Just as the blind man saw in stages, and as the disciples learned about Jesus in stages, so you and I have much to learn about the one to whom we have trusted our eternal destiny.

The more you know of God, the more you learn how much you don’t know. Wayne Stiles

A God who is infinite has to reveal Himself in ways we can understand.

A Danger of Knowing Jesus

For those of us who have known Jesus all our lives—those who know a lot about Jesus—Peter’s response shows us a danger. After Jesus revealed more about Himself (namely, that He would die), Peter again spoke for the group and replied, “No, Lord, this will never happen to you!”

Jesus responded to Peter with words we also should consider:

Even if you know Jesus well, He still has much to reveal to you about Himself. Wayne Stiles

To deepen your understanding of Jesus, set your mind on God’s interests above your own.

After all, aren’t God’s interests are always in our best interests?

Tell me what you think: How has God used difficulties to teach you about Him? To leave a comment, just click here.