Abel-beth-maacah—How to Deal with a Problem Person 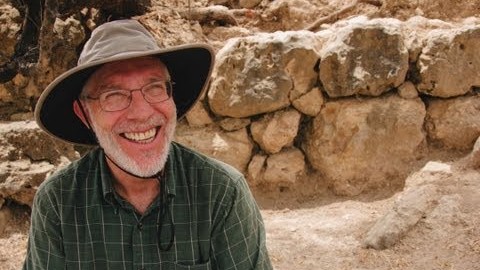 At first, its name looks like a misprint. Abel-beth-maacah. (Try saying that 10 times fast.) Located in the north of Israel near Dan, it served a vital role in watching over the northern entrance to Israel. 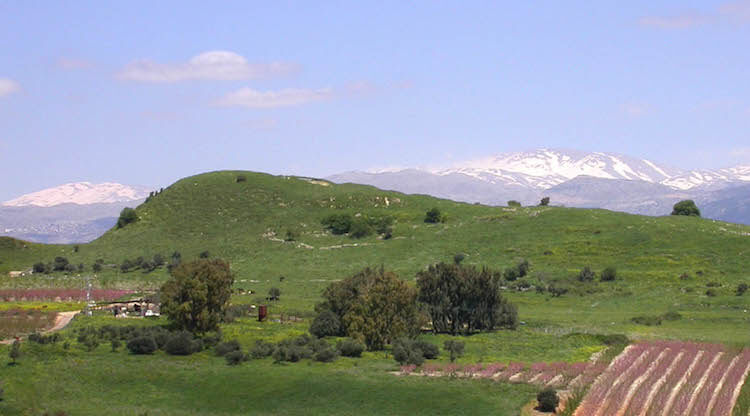 (Photo: Abel-beth-maacah. Courtesy of the Pictorial Library of Bible Lands)

As a result, Abel-beth-maacah often found itself one of the first cities to suffer destruction during the foreign invasions of Ben-hadad of Aram and Tiglath-pileser of Assyria (1 Kings 15:20; 2 Kings 15:29).

But Abel-beth-maacah is much more than a strategic site on the pages of history.

The place offers a biblical lesson on how to deal with a problem person.

Excavations in the upper city have unearthed pottery that dates from the 8th-century BC. The second season of excavations begins this month. See various links and articles in the excellent post provided at BiblePlaces Blog.

Azusa Pacific University‘s Associate Professor of Biblical Studies, Robert Mullins, Ph.D., explains why the site is important and how it offers a peek at archaeology’s significance to biblical understanding.

Before the site was destroyed twice because of Israel’s’ sin, it was saved through the wisdom of a woman. Her wise words show how to deal with a problem person.

Abel-beth-maacah stepped on the pages of biblical history when it became the place of hiding for Sheba the son of Bichri, who led a rebellion against King David. Israel’s general, Joab, laid siege to the city and was preparing to topple the wall when a wise woman offered a solution.

As a reminder, here’s the story in a nutshell:

They came and besieged him in Abel Beth-maacah, and they cast up a siege ramp against the city, and it stood by the rampart; and all the people who were with Joab were wreaking destruction in order to topple the wall. Then a wise woman called from the city, “Hear, hear! Please tell Joab, ‘Come here that I may speak with you.’” So he approached her, and the woman said, “Are you Joab?” And he answered, “I am.” Then she said to him, “Listen to the words of your maidservant.” And he answered, “I am listening.” Then she spoke, saying, “Formerly they used to say, ‘They will surely ask advice at Abel,’ and thus they ended the dispute. “I am of those who are peaceable and faithful in Israel. You are seeking to destroy a city, even a mother in Israel. Why would you swallow up the inheritance of the LORD?” Joab replied, “Far be it, far be it from me that I should swallow up or destroy! “Such is not the case. But a man from the hill country of Ephraim, Sheba the son of Bichri by name, has lifted up his hand against King David. Only hand him over, and I will depart from the city.” And the woman said to Joab, “Behold, his head will be thrown to you over the wall.” Then the woman wisely came to all the people. And they cut off the head of Sheba the son of Bichri and threw it to Joab. So he blew the trumpet, and they were dispersed from the city, each to his tent. Joab also returned to the king at Jerusalem. (2 Samuel 20:15–22)

Evidently, the wise woman knew the Bible better than Joab. God had told Israel to offer terms of peace with a city before laying siege to it (Deut. 20:10). “Long ago they used to say, ‘Get your answer at Abel,’ ” the woman told Joab (2 Sam. 20:18).

The problem wasn’t Abel-beth-maacah. It was Sheba.

Deal with the One for the Sake of the Many

I’ve seen many leaders who seem willing to make the whole congregation, company, or family suffer when the problem is really one person. I’m not suggesting we cut off their heads. But you get the idea.

Deal with that one person, and many, many others lives are made easier.

Tell me what you think: Do you think it’s wise to deal with one for the sake of the many? To leave a comment, just click here.