How to Strengthen Your Vulnerable Buffer Zone

Do you have a buffer zone between you and what can harm you? I’m talking about putting a safeguard between you and evil influences that can cause compromise in your walk with Jesus Christ. We see an illustration of this buffer zone throughout Old Testament history in the foothills of Israel’s Shephelah.

(Photo: The Shephelah. Courtesy of the Pictorial Library of Bible Lands)

Between the Philistine plain and the Hill Country where God’s people dwelt lay 10 miles of low rolling hills. This buffer zone was known as the “Shephelah.” The hills of the Shephelah served as a geographical buffer that represented a spiritual barrier.

You have a Shephelah in your life as well. Here’s how you can guard it.

Starting from the top of the map below, can you find the five valleys? (Hint: look for the green.) 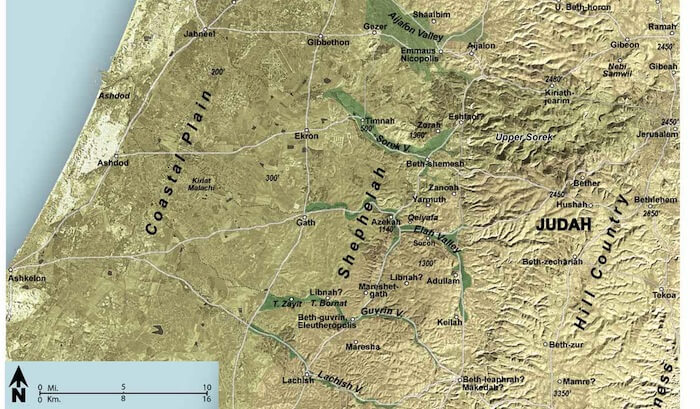 (Map: The Shephelah of Judah, courtesy of Satellite Bible Atlas)

These five valleys were fertile and ideal for planting. But they also gave easy access to the Hill Country. As a result, Israel had to guard this buffer zone carefully.

If you’ve ever driven between Jerusalem and Tel Aviv’s Ben Gurion airport, then you’ve driven through the Aijalon Valley.

During the conquest, Joshua defeated the Amorites after praying: “O sun, stand still at Gibeon, and O moon in the valley of Aijalon” (Joshua 10:12). However, the Hebrews failed to “drive out the Canaanites who lived in Gezer, so the Canaanites live in the midst of Ephraim to this day” (Joshua 16:10).

History would show what a foolish decision this was. The Canaanites at Gezer in the Aijalon Valley influenced the tribe of Ephraim away from God.

Solomon later received the city of Gezer as a wedding present (1 Kings 9:15), and he wisely fortified it to guard one of the critical entry points to the Hill Country and to Jerusalem.

Samson was born in the Sorek Valley between Zorah and Eshtaol.

The mighty judge spent his life pacing up and down this valley that served as buffer zone between Israel and the Philistines. 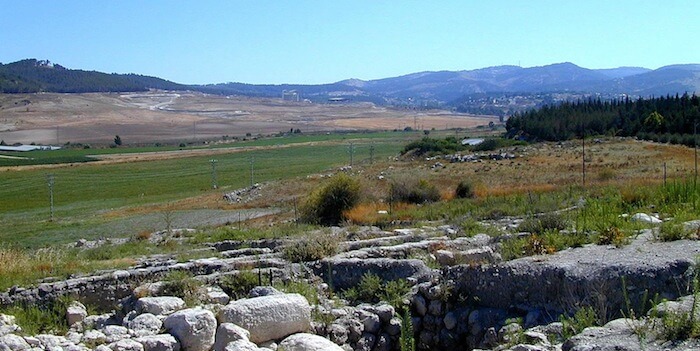 (Photo: Zorah and Eshtaol in the Sorek Valley. Courtesy of the Pictorial Library of Bible Lands)

His carnal curiosity took him westward toward Timnah and Philistine women—a compromise that eventually cost him his life (Judges 14:1-3; 16:30).

The Elah Valley is most famous for the brief battle between David and Goliath (1 Samuel 17).

King Saul and the army of Israel were defending the valley because of its easy access via its ridge routes in the Hill Country.

However, no one had the guts to stand up to Goliath. If David hadn’t stepped up the plate to defend the Shephelah, the Philistines would have invaded.

The limestone nari crust of the Guvrin Valley could be compared to the hard hearts of the southern kingdom of Judah. The Prophet Micah hailed from Moresheth-gath in the Guvrin Valley (Micah 1:1), and his most famous verse revealed God’s basic standard for those who would walk with Him:

He has told you, O man, what is good; and what does the LORD require of you but to do justice, to love kindness, and to walk humbly with your God? —Micah 6:8

Micah’s message of coming judgment upon Judah’s compromise was only tempered by the hope he offered of the coming Messiah—born in nearby Bethlehem (Micah 5:2).

In close proximity to the Adoraim Valley, the Lachish Valley is named after its most prominent city—Lachish. 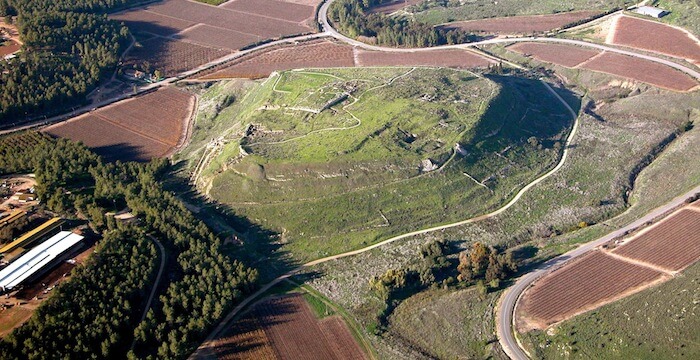 King Hezekiah trusted the Lord and rebelled against King Sennacherib of Assyria, who sent an army in retaliation. After defeating, the impregnable city of Lachish, Hezekiah told Sennacherib: “I have done wrong. Withdraw from me; whatever you impose on me I will bear” (2 Kings 18:14).

But Hezekiah learned that giving in to the enemy didn’t satisfy the enemy; it only whetted his appetite for full surrender of Jerusalem. (Note the spiritual lesson there!)

Are You Guarding Your Shephelah?

Throughout Old Testament history, Judah’s strength was determined by its control of the Shephelah.

You know your areas of vulnerability? Defend yourself so that the enemy cannot gain a foothold.

In your relationships with unbelievers, always ask yourself: Who is influencing whom? Wayne Stiles

As you take the high ground in your spiritual walk with God, realize that you always have an enemy attempting to get at you through your spiritual Shephelah.

Tell me what you think: What area of your spiritual life needs constant fortification? To leave a comment, just click here.