Chorazin—Sitting in the Seat but Missing the Message

Jesus explains why leadership remains a privilege, not a prerogative.

Leadership in any form is a place of honor because of one reason only. You won’t see that reason in the world’s system where leadership often stands upside down. A small town in Galilee reminds us how to keep it upright.

From a distance, Chorazin seems like it’s hiding. I don’t blame it for trying. After all, it remains one of the three cities in Galilee that Jesus rebuked for failing to respond to His message. The basalt ruins of Chorazin appear little more than a pile of rocks among so many thousands of others. Clumps of grass and volcanic rock offer a variegated green and gray to the hillside above the Sea of Galilee.

Unless you look carefully, you may not even see the city.

But Jesus saw it. So should we.

Chorazin holds the nickname, “Capernaum with a view.” The site rests about two miles north of Capernaum and the Sea of Galilee. Its view is indeed lovely.

Like most Galilean cities, Chorazin had a synagogue. But unlike most excavated ruins today, Chorazin’s synagogue has been found. 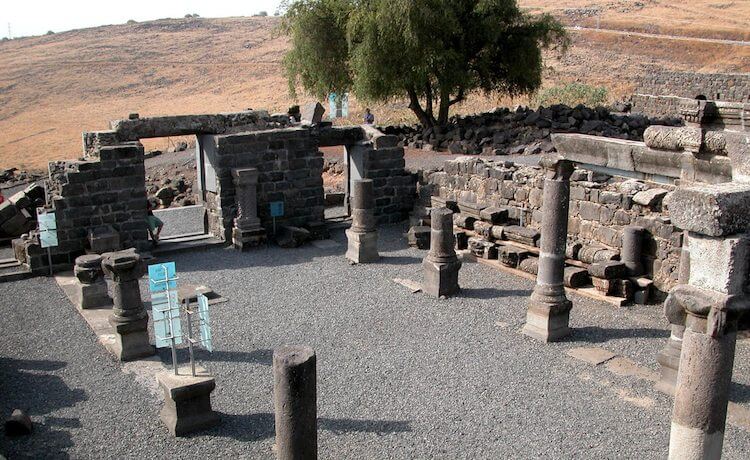 The archaeologist’s spade at Chorazin has unearthed numerous houses near the synagogue and a ritual bath adjoining a sizeable oval cistern.

Sitting Upside Down in the Seat of Moses

In the 1920s, excavators found a decorated stone seat, referred to as, “the Seat of Moses,” which served as the place where an authoritative teacher would sit in the synagogue to read the Torah. The Israel Museum in Jerusalem houses the original seat today, but a replica sits beside the synagogue’s doorway in Chorazin.

Jesus referred to this seat of authority when He said:

The teachers of the law and the Pharisees sit in Moses’ seat. So you must obey them and do everything they tell you. But do not do what they do, for they do not practice what they preach. —Matthew 23:2–4 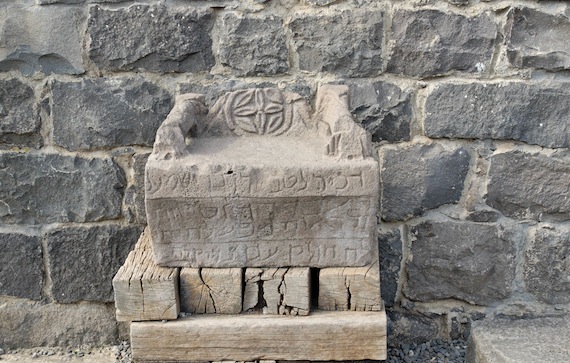 (“Seat of Moses” found at Chorazin. Courtesy of Pictorial Library of Bible Lands)

Chorazin was one of the three Galilean cities rebuked by Jesus for refusing to respond to His miracles (Luke 10:13-15). All three cities—Chorazin, Bethsaida, and Capernaum—remain in ruins, with only Capernaum revealing any first-century excavations. Bethsaida’s precise location remains debatable.

Chorazin After the Time of Jesus

After Hadrian’s paganizing of Jerusalem in AD 135, Jews flooded into Galilee. 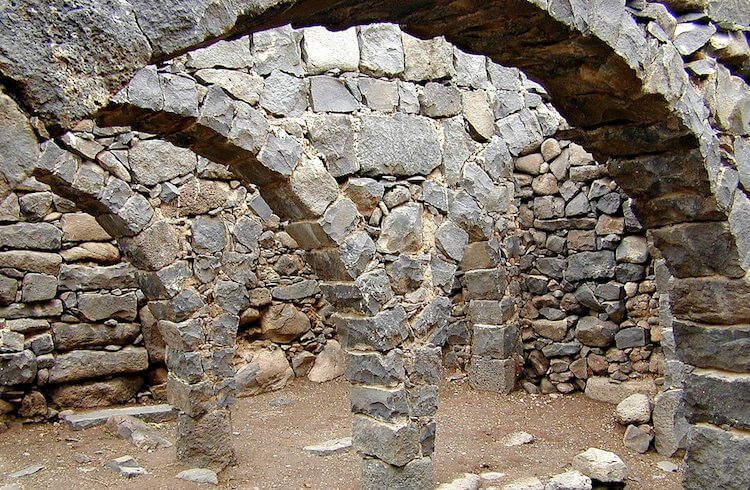 (Photo: Chorazin House of Arches. Courtesy of the Pictorial Library of Bible Lands)

Chorazin remains an excellent example of a Galilean city during the Roman period. But spiritually, the city remains a poor example of how to respond to God.

Why Leadership is a Place of Honor

How ironic that a “Seat of Moses” turned up at Chorazin, a city that ignored Moses’ prophecies about the Messiah (Deuteronomy 18:18). It ignored Jesus’ miracles that proved He was the Messiah (Luke 10:13).

Leadership remains a privilege, not a prerogative. It is a place of honor only because it is a position of service and humility. Wayne Stiles

The Seat of Moses at Chorazin speaks to those who have in a place of leadership in any capacity—in the church, in the corporate world, or in the home.

Tell me what you think: What’s a good example of leadership you’ve seen? To leave a comment, just click here.

Chorazin on the Map