Often roads get built for one reason, but God uses them in our lives for another altogether. The Appian Way of Rome proved it so in the life of the Apostle Paul. I walked the road recently. 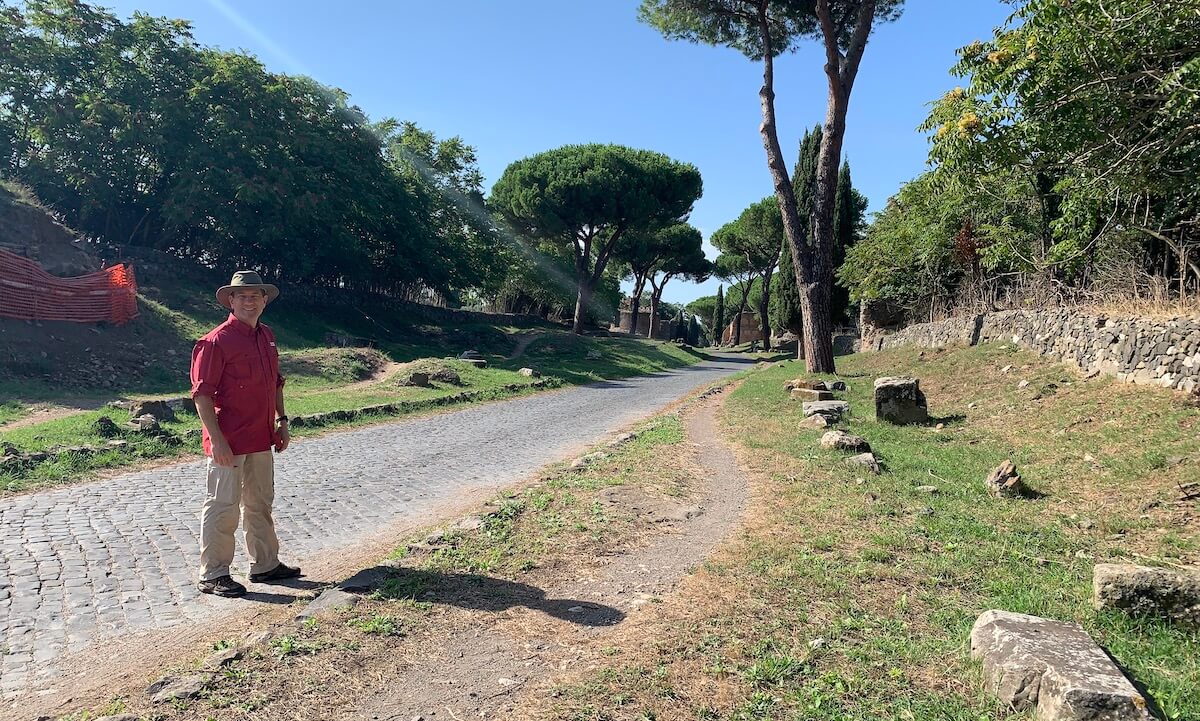 The Roman official Appius Claudius took the initiative to build a road in 312 BC as a means of transporting troops and supplies to and from Rome. In time, the road took his name and helped secure a Roman victory in the Second Samnite War. The Appian Way proved a huge success and eventually extended 350 miles southeast to the port of Brindisi. It served as Rome’s primary highway for centuries.

The restoration of the ancient Appian Way today allows both locals and tourists a beautiful walk in the footsteps of history.

When I walked the road recently, I thought about Paul who traveled along the same path.

Getting to the Appian Way

I caught a subway south of Rome and trekked several miles west to merge with the ancient road. On the way, I passed beneath the ruins of the massive Aqua Claudia, one of nine aqueducts that provided water for Rome. 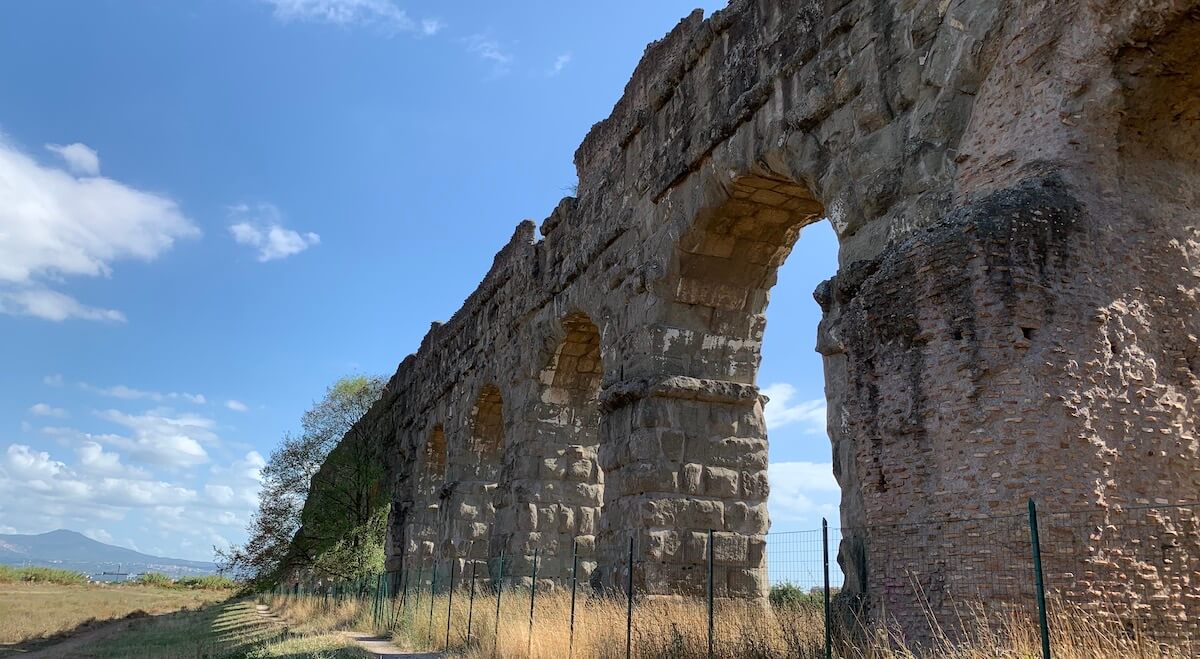 When Paul saw the structure, it had been standing only ten years. Crossing over the Appia Nuova (“new”)—the modern highway that parallels the old road—I finally reached the Appian Antica (“ancient”)—the Appian Way.

The ancient path has enjoyed a beautiful restoration. Pedestrians, hikers, bikers, and even cars still use the route! Beautiful Italian Broom Pine Trees canopy the road, and crumbing ruins all along the path stand like abandoned filling stations. Interpretive signs explain the stone structures.

Paul walked the road, beginning at Puteoli, where his ship landed. From there he walked 170 miles(!) along the Appian Way into Rome. (I only walked the last five miles.) But Paul didn’t walk alone. As a prisoner, he would have been accompanied by his Roman Centurion Julius, as well as by Christians who traveled 43 miles from Rome to meet Paul.

And the brethren, when they heard about us, came from there as far as the Market of Appius and Three Inns to meet us; and when Paul saw them, he thanked God and took courage. (Acts 28:15) 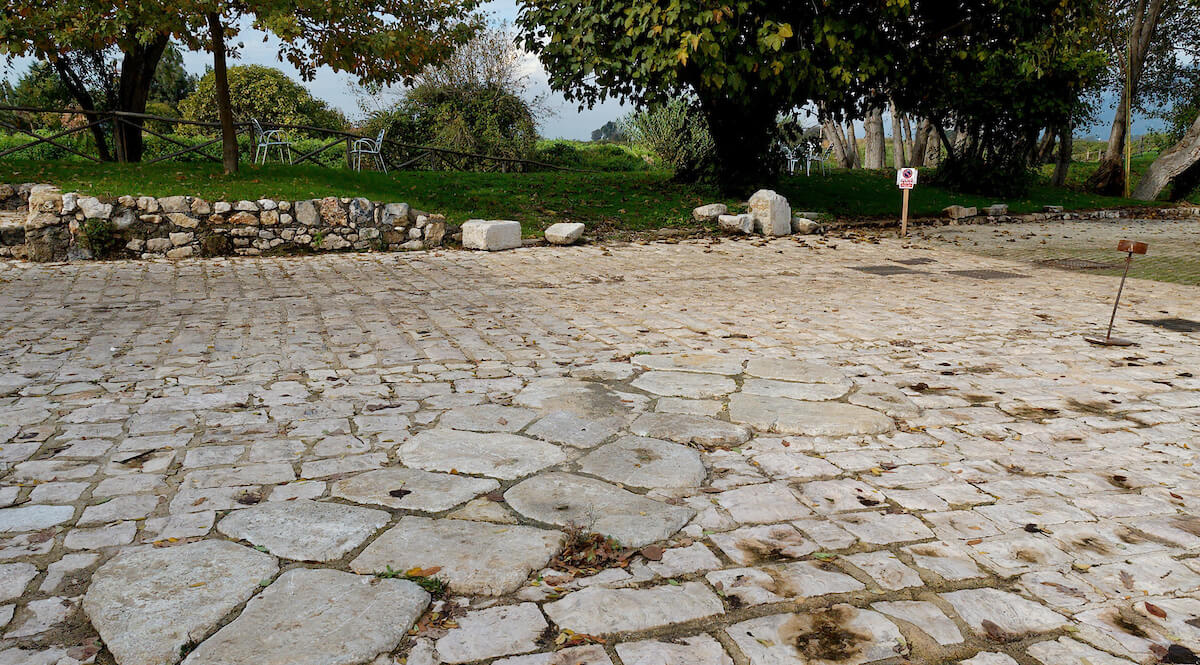 After stopping at the Appia Antica Cafe for a cappuccino, I continued north into Rome. The ancient path became covered with asphalt, and before I knew it, I found myself facing a major one-way road (going the opposite direction) with high walls on either side. The cars zipped by me at 45 mph with only a few feet between us! I‘ll never do that again.

Finally the gauntlet released me into a road that led through the ancient walls and the Arch of Drusus and Porta Capena, the gate Paul likely entered Rome as well. 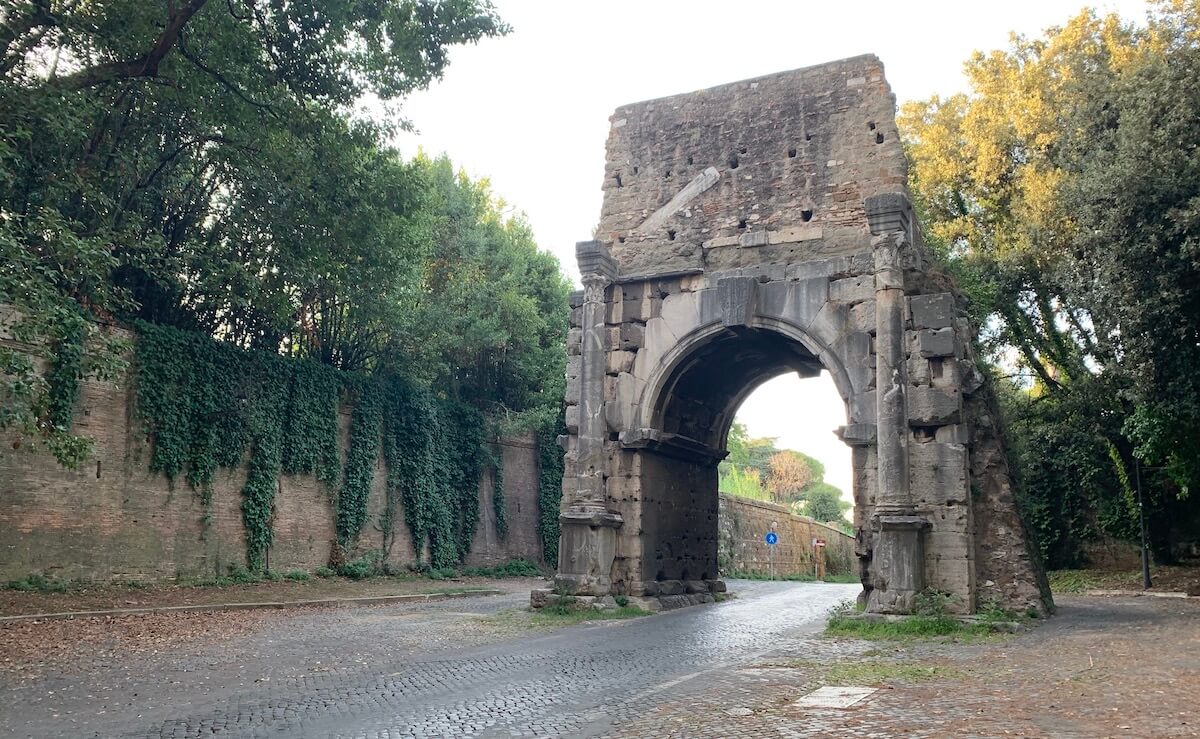 As Paul awaited his trial, he penned the letters to the Ephesians, Philippians, Colossians, and Philemon. The final verse in the Book of Acts says it this way:

How wonderful! In spite of Paul’s imprisonment, his impact was absolutely unhindered. In fact, as he wrote to the Philippians:

Now I want you to know, brethren, that my circumstances have turned out for the greater progress of the gospel, so that my imprisonment in the cause of Christ has become well known throughout the whole praetorian guard and to everyone else, and that most of the brethren, trusting in the Lord because of my imprisonment, have far more courage to speak the word of God without fear. (Philippians 1:12–14)

As I walked in the footsteps of Paul, I took two minutes to record a video with some devotional thoughts.

We Walk the Appian Way

In our lives we also walk an Appian Way. We have dreams of going to Rome—of doing some great service for God and God’s people—but the Lord brings us there in ways we never would have imagined, often with trials we never expected nor welcomed. It’s a road we walk each day, in fact. Some days find us sipping cappuccino and most days find us going against the traffic with walls that hem us in.

But as we look back down the road, we gain the perspective of hindsight that proved His way was best.

Tell me what you think: How has hindsight helped you see that God’s way in your life was best? To leave a comment, just click here.

Here’s the path I walked: