Jerusalem: City of David, Hezekiah’s Tunnel, and the Pool of Siloam 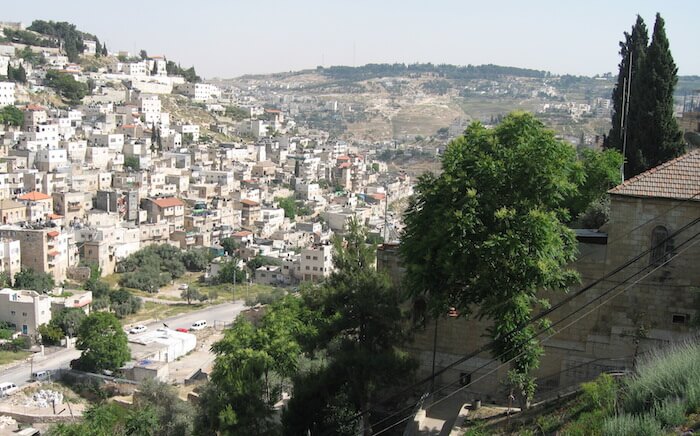 (Photo: City of David at right, and Kidron Valley)

Crammed with houses and punctured with archaeological digs, the original area of Jerusalem looks much different today than it did three thousand years ago when King David conquered it.

Today, this part of Jerusalem retains the name, “The City of David,” and offers a number of archeological interests that relate to the monarch. The best way to view the area is to ascend the stairs just inside the entrance to the Visitor’s Center and stand atop the observation platform.

Check it out from Google Street View. Go ahead and click around:

The City of David

Flanked on two sides by steep valleys, the ancient City of David enjoyed a tremendous military advantage—making it relatively easy to defend.

From the vantage on the platform, it’s plain to see how David could easily have looked down over the homes built on the slope below him and seen Bathsheba bathing that fateful evening. The modern-day village of Silwan, just across the Kidron Valley from the City of David, has its homes constructed in a similar way. 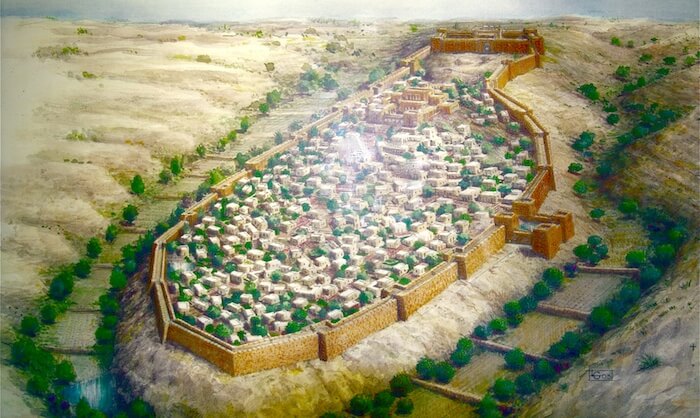 Two relatively recent finds are nothing short of thrilling.

Not surprisingly, a number of archaeologists today express their doubts that the entire City of David ever was included in the original Jerusalem. But the conspicuous location of the Gihon Spring seems a hard fact to sidestep. Moreover, the discovery of Warren’s Shaft by Charles Warren in 1867 and the fortifications around the nearby Spring House reveal that the locals clearly made use of the spring in David’s day. It seems far more likely that this small area of land was the same place David conquered.

Of course, the city expanded to the north during David’s time when he purchased the hill that would become the Temple Mount under Solomon’s rule.

Arguably the most important city in history had its infancy in an area that today hardly reflects its grandeur.