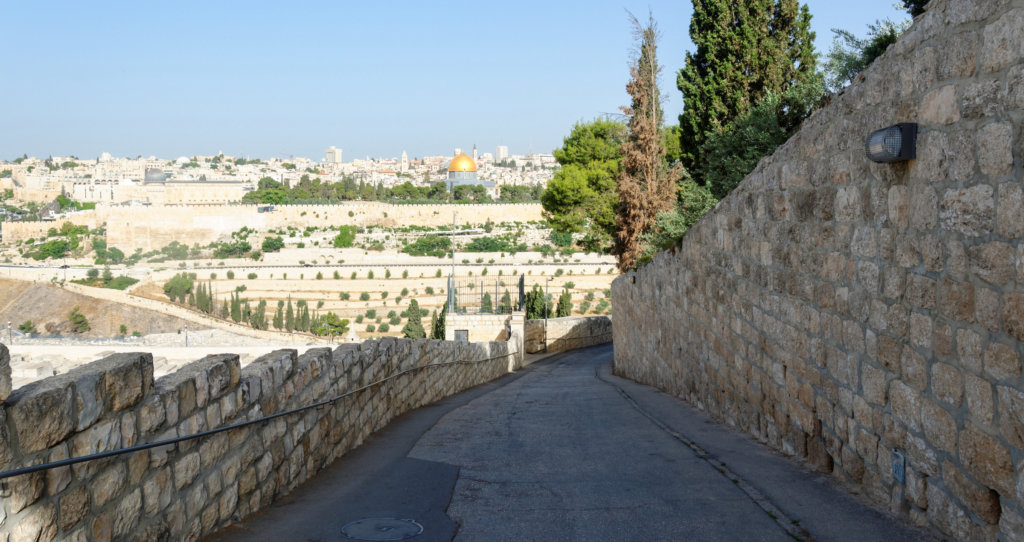 What difference can a narrow road make? Whenever I make my way down the Mount of Olives, I can’t help but think about Jesus’ riding down that slope on the back of a donkey early in His Passion Week. 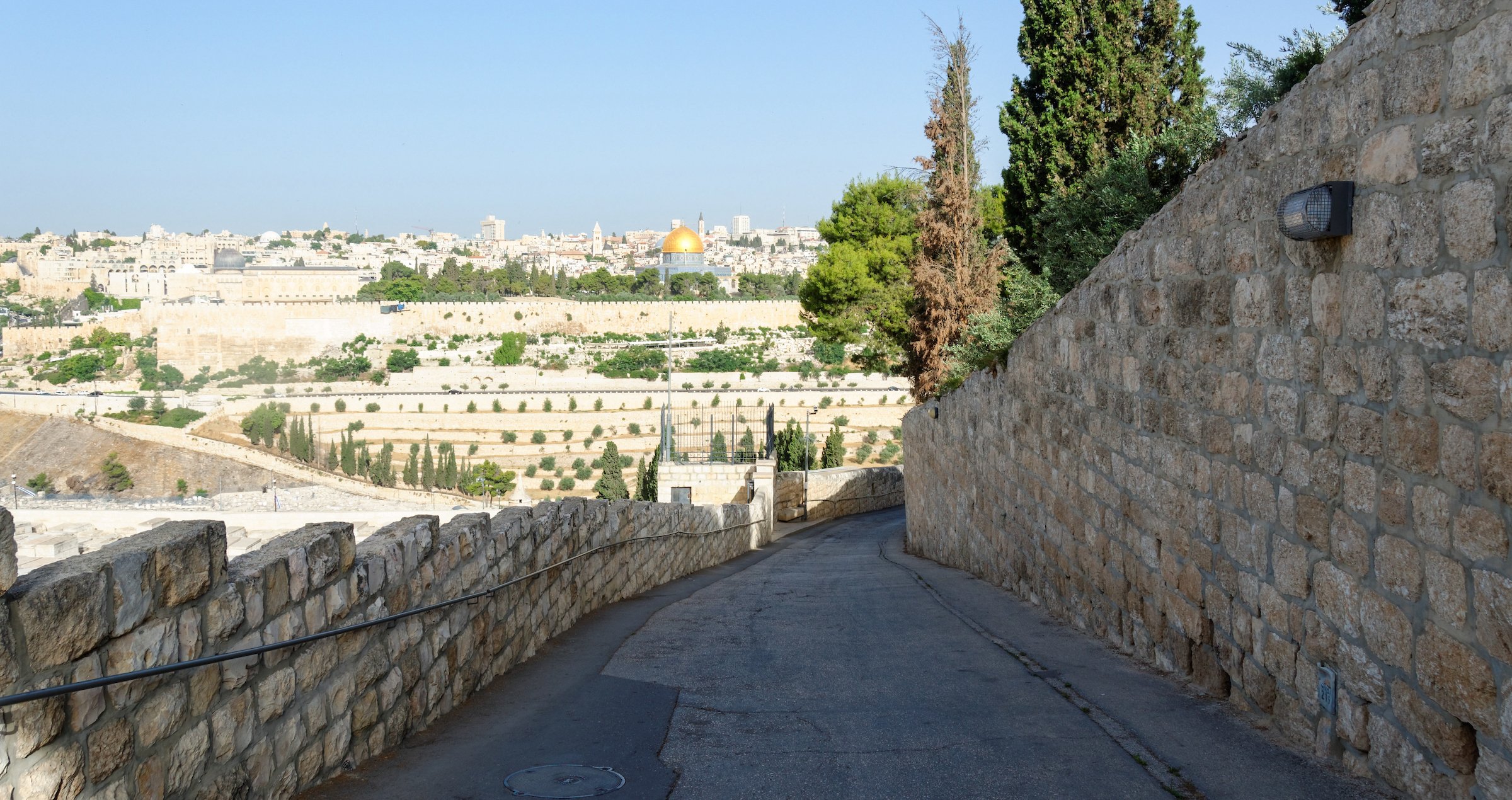 (Photo: Palm Sunday Road down the Mount of Olives. Courtesy of the Pictorial Library of Bible Lands)

His words that day hardly seemed fitting for a “Triumphal Entry.” When Jesus saw Jerusalem, He wept over it:

If you had known in this day, even you, the things which make for peace! But now they have been hidden from your eyes. —Luke 19:42

Why did Jesus say, “This day”?

He didn’t simply mean “today.” The prophet Daniel had penned a meticulous prediction of the very day when the Messiah would appear in Jerusalem.

It was that very day.

The sharp descent of the Mount of Olives follows a narrow road with high walls on either side.

The high wall to the right encloses the grounds of the Dominus Flevit Church. The chapel and its name memorialize the moment the Lord wept over Jerusalem (Luke 19:41). The roof of the quaint chapel resembles the shape of an inverted teardrop.

Inside the chapel, the altar on the right has a large, arced window that frames the city of Jerusalem. 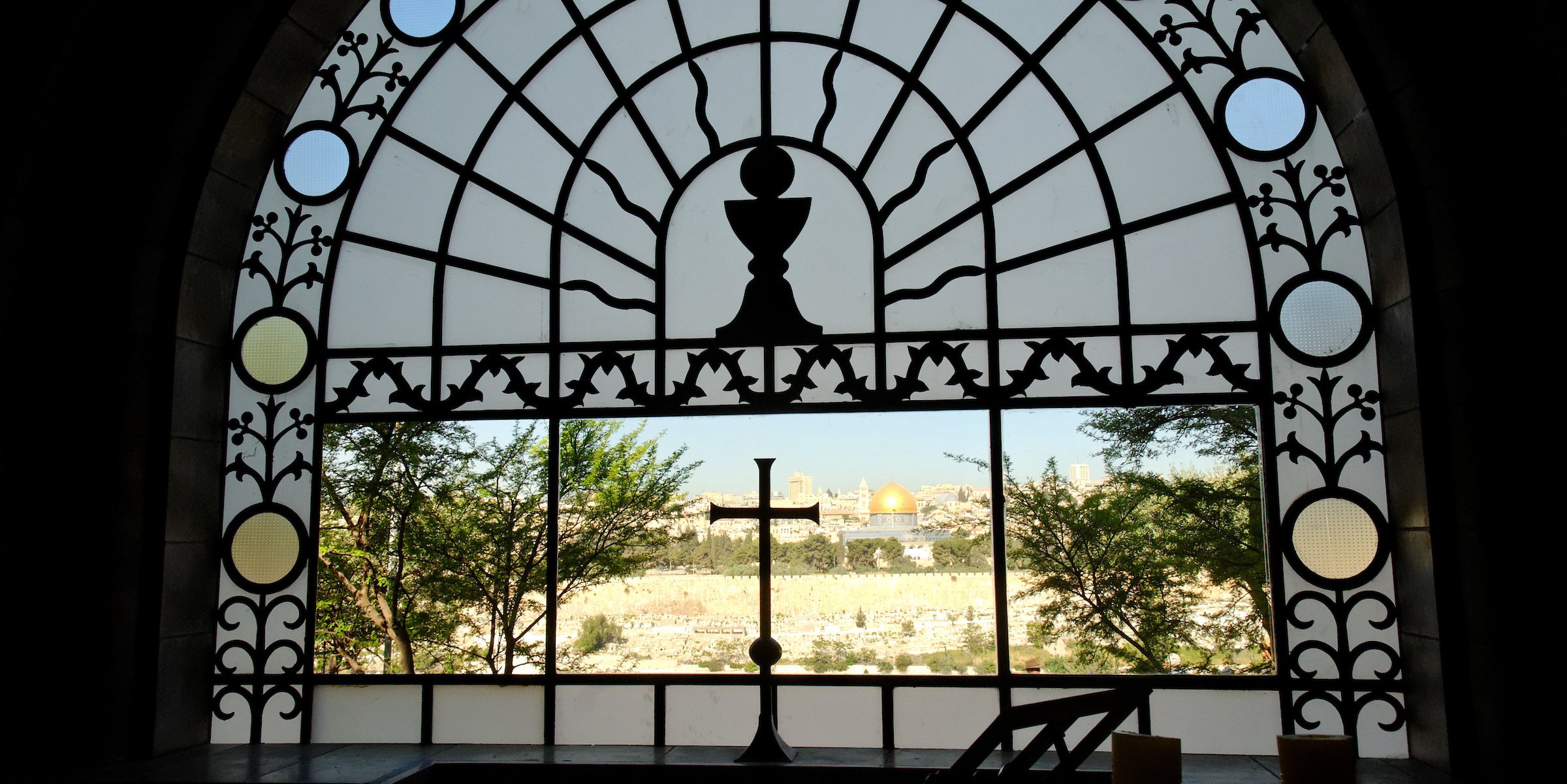 Staring out the window at the city over which the Lord wept, I felt as though I gazed through a porthole of time.

I could not see Jerusalem without also seeing the cross. Neither could Jesus.

If the religious leaders had taken seriously Daniel’s challenge “to know and discern” the timing (Daniel 9:25), the Passion Week would have gone much differently. Jesus could have topped the hill in March of A.D. 33 to see a banner draped over the walls of Jerusalem: “Welcome, Messiah!”

A Graveyard of Hope

Leaving the walls of the Dominus Flevit Church to continue down the Mount, there’s another high wall on the other side of the road, overlooking a vast Jewish graveyard. 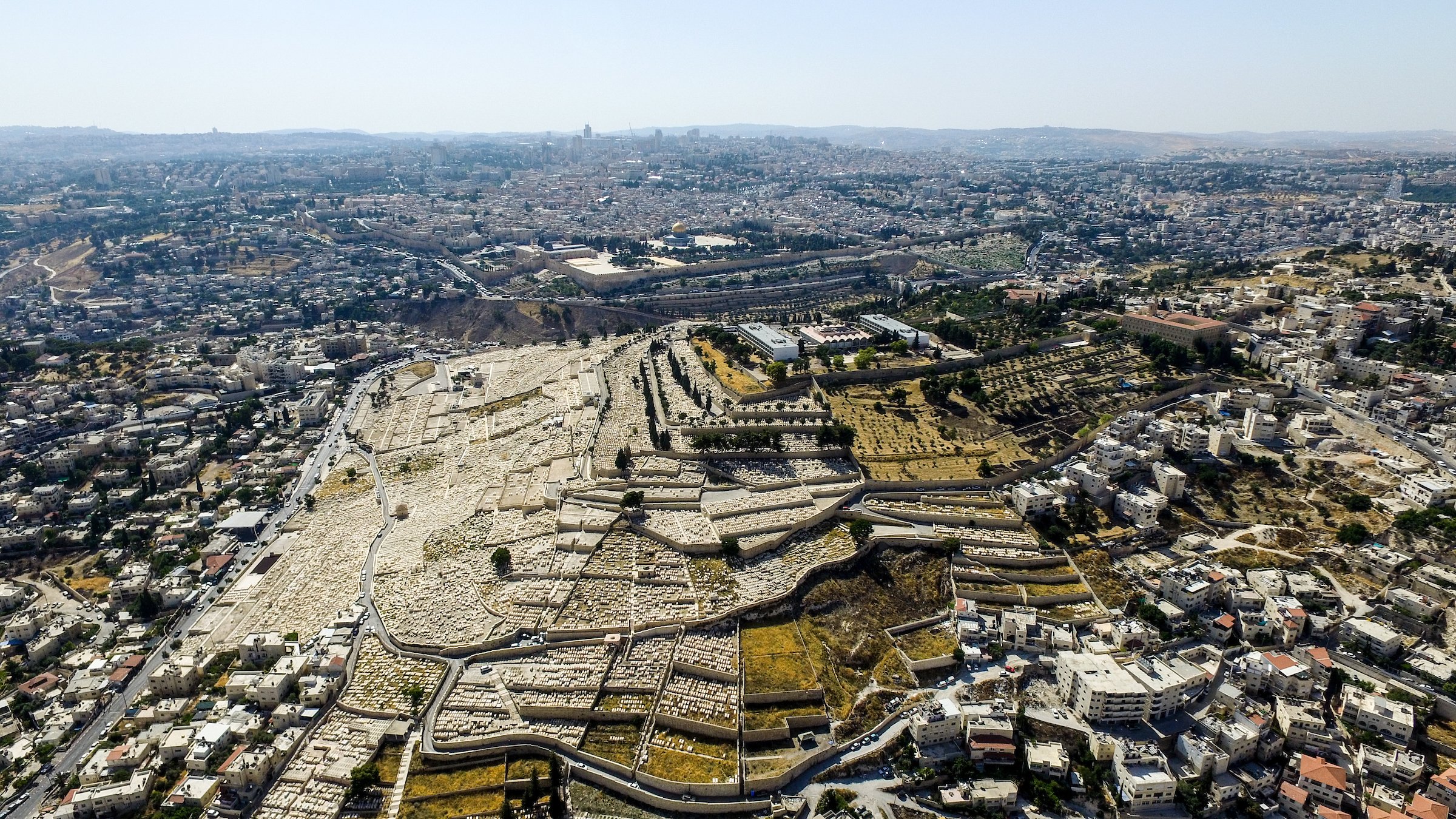 (Photo: Mount of Olives Cemetery. Courtesy of the Pictorial Library of Bible Lands)

The Contrast behind the Walls

I marvel at the contrast of these two sides of the road that descends the Mount of Olives. They capture the responses Jesus received early in His Passion Week, making His way down this same slope to the cross for us.

Only a narrow, steep road separates these two walls.

But the distance between them is eternal.

Tell me what you think: What stands out to you about Jesus’ ‘Triumphal Entry’? To leave a comment, just click here.