Her name is as well-known as any apostle. Yet the truth about her life often lies shrouded behind myths, fiction, and flat-out conjecture. 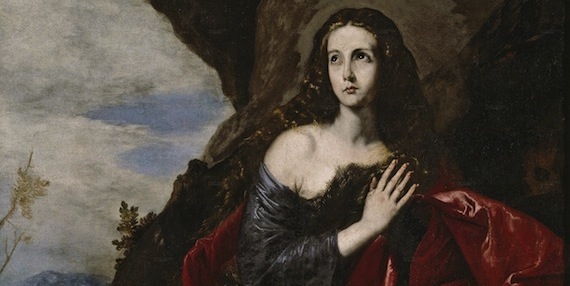 Modern art and bestselling novels paint her as everything from a prostitute to the infamous woman caught in adultery to the wife of Jesus Himself.

But the Scriptures portray Mary Magdalene as a different person altogether.

Surprisingly, she was more like us than we would expect.

She was called Magdalene, likely to distinguish her from the other Marys mentioned in the Gospels (Luke 8:2).

How seven demons came to enter Mary Magdalene is unknown. But how they left her, the Gospels make clear.

Mary’s deliverance from demonic possession no doubt ignited her devotion to the ministry of Jesus.

During the Lord’s agonizing hours on the cross, Mary Magdalene and a few others stood nearby (John 19:25). She watched as Joseph of Arimathea took Jesus’s body down from the cross, wrapped His corpse in linen, and laid it in his own tomb (Matthew 27:55–61).

Yet with all of Mary’s devotion to the Lord, even she didn’t expect what would happen next.

Early Sunday morning, Mary accompanied some other women to Jesus’s tomb in order to anoint His body. But the tomb was empty!

Mary stood there alone, weeping . . . when she heard a voice.

Woman, why are you weeping?

Mary answered the man, “Sir, if you have carried Him away, tell me where you have laid Him, and I will take Him away” (John 20:15).

Jesus then revealed His identity with one word: “Mary!”

More surprising to Mary than Jesus rising from the dead likely was the honor she had as the first person to witness Him personally!

She also became the first to witness of Him to others.

Our Change and Our Challenge

Like Mary, Jesus has delivered our lives from the power of Satan to live in the power of His resurrection.  We have traded the lies of the world for the promises of God.

Like Mary, we have the privilege to tell all who will listen that Christ is risen as we anticipate one day, our own resurrection (Acts 26:18; Philippians 3:10).

Tell me what you think: What’s the most surprising conversion you’ve ever seen? To leave a comment, just click here.