Elijah’s Question To Israel Remains A Question We Too Should Answer.

Even when God allows hard times in our lives, He means to draw us back to Him. Elijah’s question to Israel on Mount Carmel remains a question we too should answer and apply.

I’ll never forget the images of Mount Carmel’s scorching flames in December 2010. The largest fire in Israel’s history billowed so much smoke that a NASA satellite could photograph it. In addition to the tragic loss of life—both human and animal—the devastating inferno destroyed 5 million trees.

While reading about the fire in the news, I thought about the scenic overlook on Mount Carmel I have visited many times. The name of the place is Muhraqa, which means, ironically, “burning.”

In a land where water is life, the lushness of Mount Carmel came to represent nothing less than the blessing of God.

The Beauty of Mount Carmel

Standing on the balcony of the monastery of Muhraqa, the overlook offers a stunning panorama of the surroundings that stretch out. At nearly 1640 feet above sea level, Mount Carmel offers a pristine view of its surroundings—especially of the Jezreel Valley.

Water and Israel’s Walk with God

The slopes of the mountain range rise rapidly from the Mediterranean Sea. Cool ocean breezes deposit their moisture year-round in abundant rains and dew.

Unlike Egypt, which had the Nile, and Mesopotamia, which had the Euphrates, ancient Israel had no major river or water source to guarantee life. Rainwater remained the most important variable in the land.

In addition to Israel’s strategic location, the climate played a major role in God’s relationship to His people.

[The land] drinks water from the rain of heaven. —Deuteronomy 11:11

The Hebrew words for “water” (mayim) and “heaven” (shamayim) obviously are related, revealing that the Hebrews drew their very existence from heaven. That’s why when Mount Carmel’s verdant slopes withered from drought, the season represented God’s judgment (Isaiah 33:9; Amos 1:2; Nahum 1:4). He was calling His people to return to Him.

God may bring discipline so that we’ll repent—so that He may bring blessing. Wayne Stiles

The Place of Burning

A glance below the balcony reveals the traditional area from which Muhraqa gets its name. The slope of trees and rocks gave stage to the Prophet Elijah’s showdown against the prophets of Baal, as recorded in 1 Kings 18. 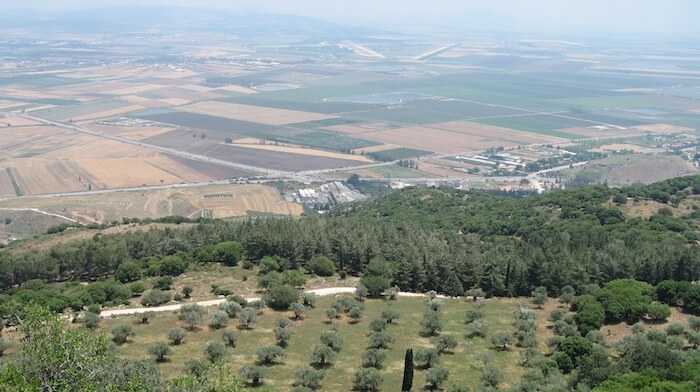 (Photo: The traditional site of Elijah’s contest on Mount Carmel)

In a dazzling display of authority and vindication, fire fell from heaven and licked up Elijah’s sacrifice—as well as the altar and its surrounding trenches of water! Not surprisingly, the people then turned to God. (You think?) The modern statue in the courtyard of the monastery of Muhraqa depicts Elijah with sword in hand, executing the losers of this historic contest.

Later that same day, it rained. Here’s a great lesson: God may bring discipline so that we’ll repent—so that He may bring blessing. 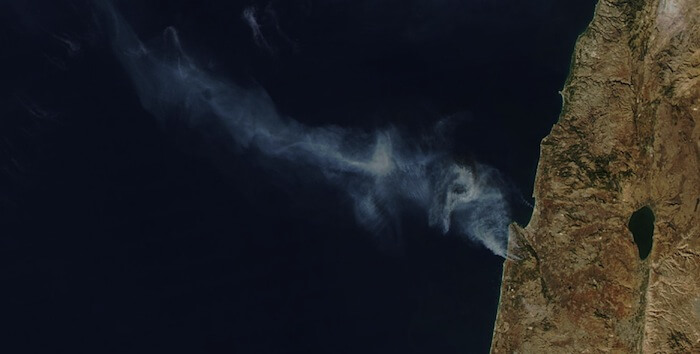 The fires on Mount Carmel offered a poignant reminder of the flames that fell there many centuries ago. Elijah’s question to Israel that day remains a question we too should answer and apply:

How long will you hesitate between two opinions? If the LORD is God, follow Him; but if Baal, follow him. —1 Kings 18:21

We know the answer, don’t we? It’s the application of that answer that proves so challenging.

But it’s worth it.