We live in an age in which traveling great distances no longer proves a challenge. Modern transportation requires little more than a basic understanding of road signs and airline gates (which somehow I still seem to miss).

Consequently, we feel little need to know much about geography. And yet, geography played a critical role in ancient Israel.

God placed the land of Israel in a position as the only intercontinental land bridge between the superpowers of the ancient world. The strategic International Highway, sometimes called the Great Trunk Road or the Via Maris (“Way of the Sea”), ran from the Fertile Crescent all the way to Egypt—the full length of the land of Israel.

For us today, a good stick of dynamite takes care of the traveling problems that challenged those who journeyed through Israel.

No place illustrates this better than Mount Carmel.

Israel stood at the crossroads of three continents—Asia, Africa, and Europe—and the surrounding seas and deserts forced all who traveled to Egypt by land to traverse Israel.

(Photo: The Jokneam Pass in Mount Carmel from Jokneam. Courtesy of the Pictorial Library of Bible Lands)

Mount Carmel and Its Three Passes

As the highway ran north from Egypt, the road forked three ways in order to traverse the imposing Mount Carmel range. History illustrates how each of these passes was used.

First, to the west, the highway followed the Jokneam Pass (modern Route 70) through Mount Carmel. When traveling through this pass today, I think of Napoleon who used this ancient road in AD 1799 on his journey north to Acre.

Second, the central pass through Mount Carmel served as the most significant fork of the International Highway.

Whenever I travel on the Megiddo Pass (modern Route 65), I try to imagine the chariots of Pharaoh Thutmose III (1504-1450 BC) as they rumbled north to battle the Canaanites at Megiddo. (Thutmose III was the Pharaoh who oppressed the enslaved Hebrews; see Exodus 2:23.) 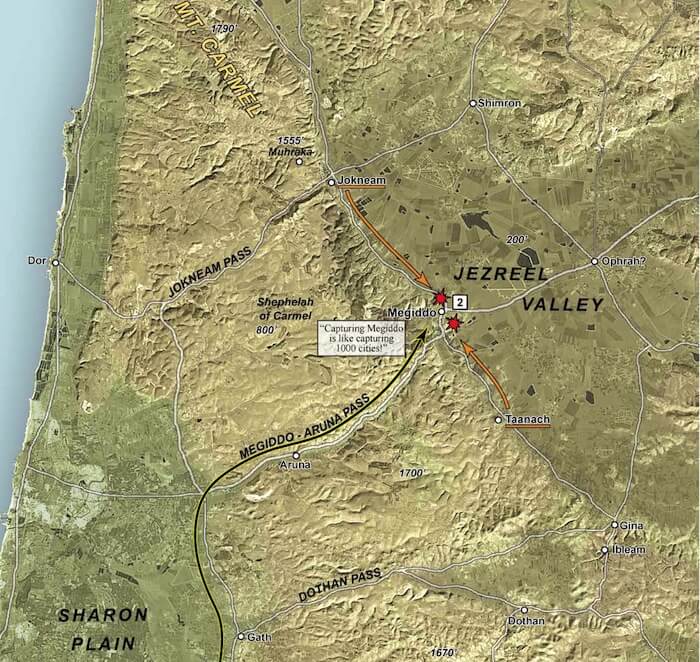 The map above shows the events of Thutmose III and his conquering Megiddo. 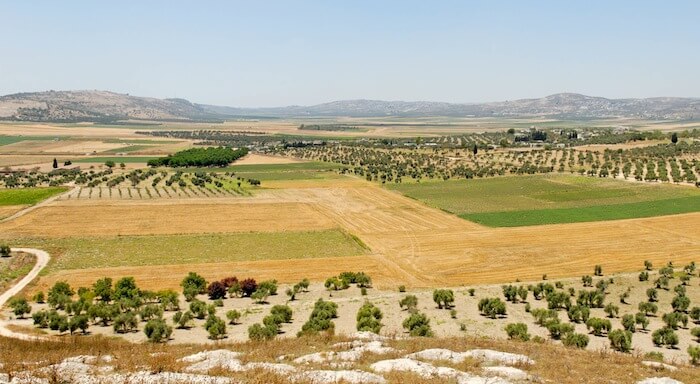 (Photo: The Dothan Valley. Courtesy of the Pictorial Library of Bible Lands)

I find it fascinating that when world powers traveled through Israel during biblical days, God’s people would either influence them or be influenced by them. Because of this influence, Israel’s central position among the nations proved to be a double-edged sword.

A blog post hardly does justice to the significance of Israel’s International Highway.

Tell me what you think: The Pharaoh chose the most difficult route and it paid off. How do you choose which way to go? To leave a comment, just click here.