What gets your attention first each day? You have a todo list that begins to yell at you—yesterday’s list to finish first. But before the rush of productivity, God urges us to race to the foot of Mount Sinai —and pause.

(Photo: The Mountains of Sinai from Jebel Musa. Courtesy of the Pictorial Library of Bible Lands)

That’s what God did with His people. Instead of taking them straight to Canaan from Egypt, He led them southeast for three months to Mount Sinai. There God entered into a covenant with Israel and gave them His commandments.

True, God could have led them straight to Canaan. After all, what better place to receive the Holy Bible than in the Holy Land?

But the Lord wanted them to have His Word before they walked in His plans for their future.

This principle hasn’t changed for us.

Mount Sinai served as the geographical backdrop for the final 22 chapters of Exodus, the entire book of Leviticus, and the first 11 chapters of Numbers. For a whole year Israel camped before the mountain of God (Exodus 19:1-2). 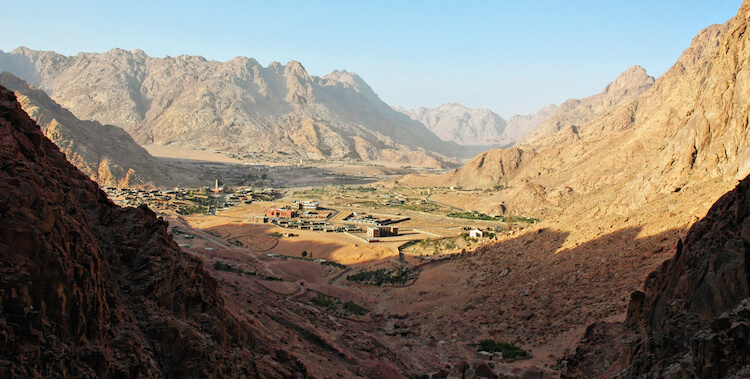 (Photo: Plain of er-Raha, traditionally where Israel camped. Courtesy of the Pictorial Library of Bible Lands) 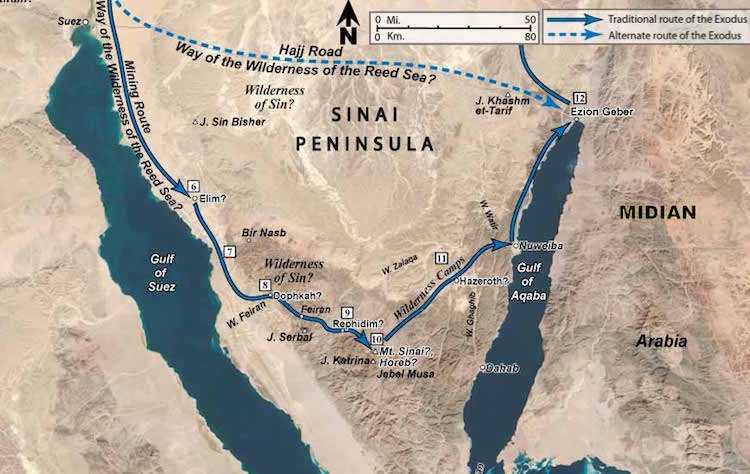 (Route of the Exodus. Map courtesy of Satellite Bible Atlas)

Moses and His Mountaintop Experiences

Moses had some significant events on mountains. Here are a few: 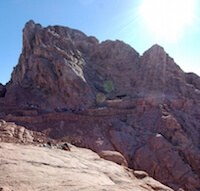 • Mount Sinai—where God called to Moses from the burning bush and where Moses later received the 10 Commandments.

• Mount Nebo—where Moses saw the Promised Land and then died.

• Mount Hermon (the likely site of the Transfiguration of Jesus)—where Moses appeared with Elijah in glory and spoke with Christ.

(Photo: Jebel Musa from below. Courtesy of the Pictorial Library of Bible Lands)

Before God’s people could enter His will for their future, they needed the Scriptures. Even before entering the Promised Land, the Lord commanded His people to plan on reaffirming their commitment to living according to His Word:

It shall be with him and he shall read it all the days of his life, that he may learn to fear the LORD his God. —Deuteronomy 17:19 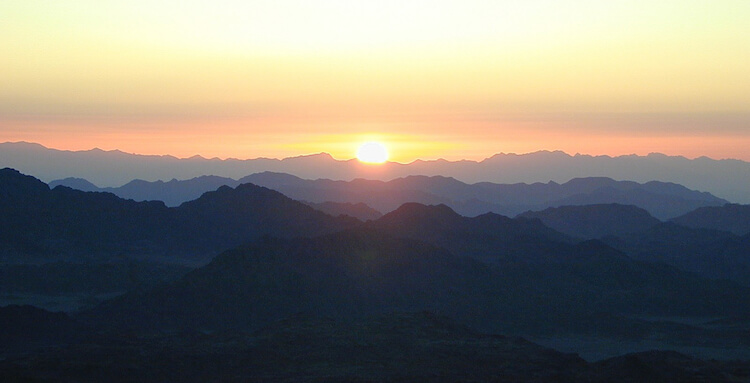 (Photo: Sunrise from Jebel Musa. Courtesy of the Pictorial Library of Bible Lands)

Sinai came before Canaan. It always does.

For it is not an idle word for you; indeed it is your life. —Deuteronomy 32:47

Tell me what you think: What helps you give God’s Word priority in your life? To leave a comment, just click here.