Those Moments When Egypt Sounds Better Than The Promised Land 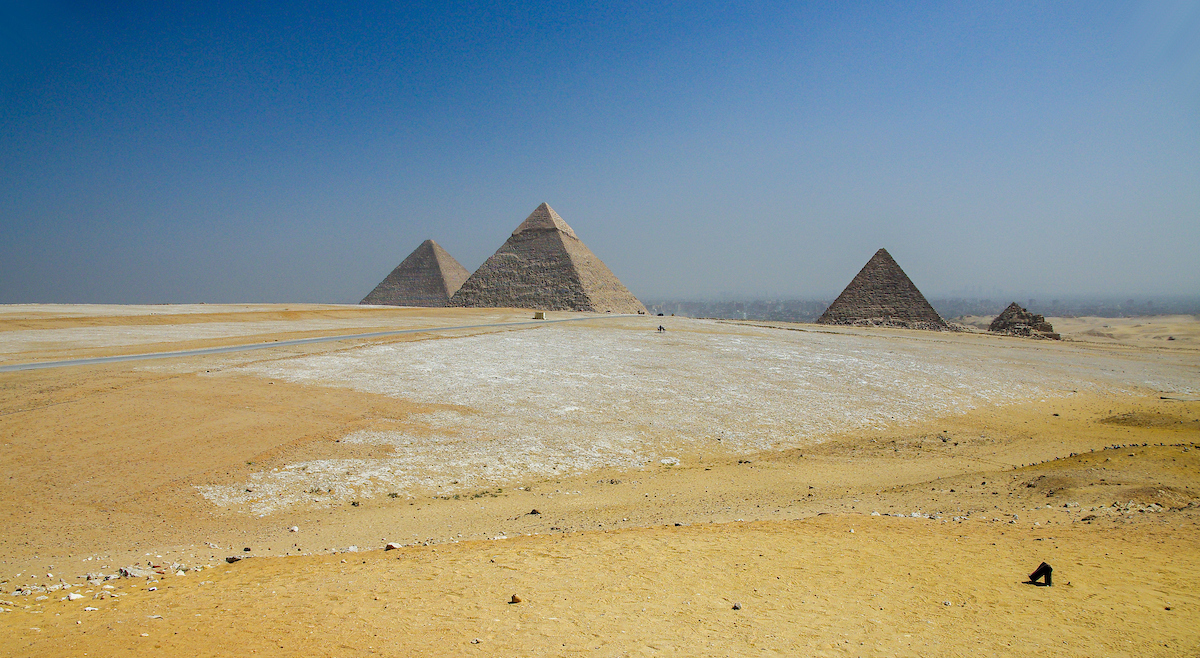 When we picture ancient Egypt, we think of deserts, camels, the Nile River, and hieroglyphics. But there’s nothing more iconic of Egypt than the Pyramids of Giza. 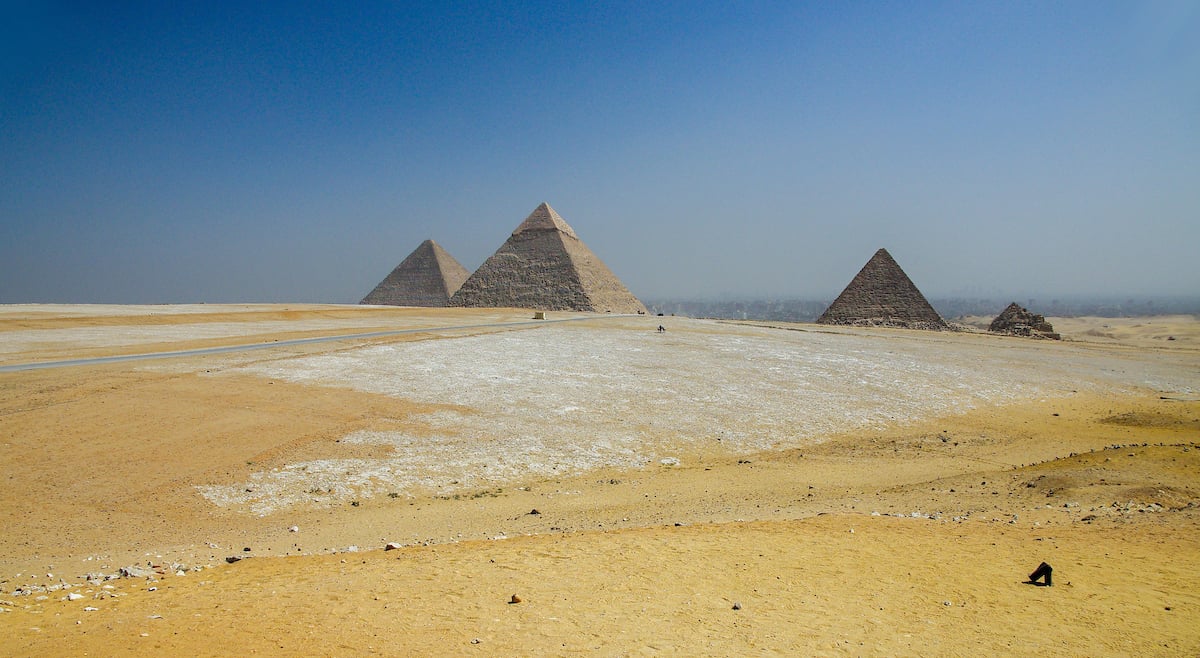 They’re the only one of the Seven Wonders of the Ancient World still standing, and the pyramids predate them all. In fact, there were already standing for centuries before even Abraham journeyed to Egypt in 2000 BC. They were more than a thousand years old when the Exodus occurred.

The age and location of these pyramids are such that it’s very likely many of our biblical heroes saw them— people like, Abraham, Jacob, Joseph, Moses, the prophet Jeremiah—and even Jesus, Joseph and Mary. Egypt was a place of escape and seclusion for many of them, but that wasn’t always a good thing.

For God’s people, Egypt was often an easy out— a way to keep from trusting God when life got tough.

Turns out, Egypt isn’t just in North Africa. It’s in our lives too.

These massive structures have stood for thousands of years as the burial places for several of Egypt’s pharaohs. Inside were buried not only the pharaoh’s mummy, but also treasures for his use in the afterlife—a testimony to the painful deception and hopes of a false worldview.

In the centuries that followed, these pyramids were robbed of their riches. So the Egyptians began hiding the burial places of their pharaohs in the Valley of the Kings in Luxor. 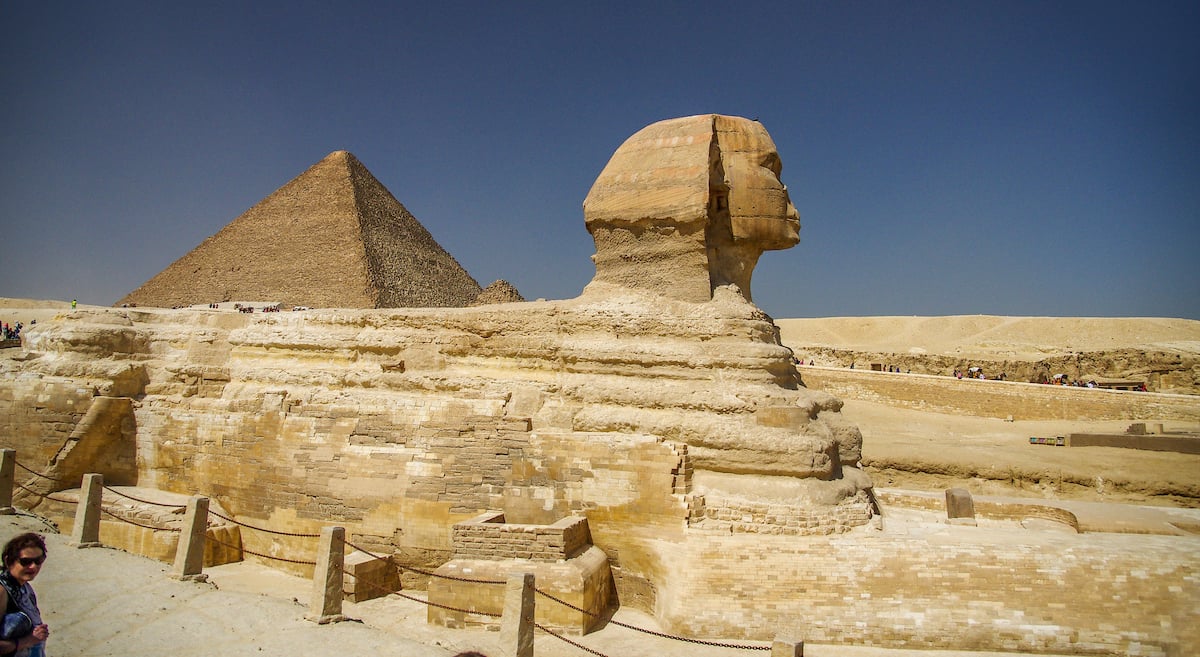 (Photo: Great Sphinx of Khafre. Courtesy of the Pictorial Library of Bible Lands)

Longing for the Familiar Bondage

After the Lord delivered His people from slavery in Egypt, it was hardly a month before God’s people grumbled to Moses that he had led them out of Egypt to kill them all with thirst. Not long after that, they whined about the menu:

We remember the fish which we used to eat free in Egypt, the cucumbers and the melons and the leeks and the onions and the garlic, but now our appetite is gone. There is nothing at all to look at except this manna. (Numbers 11:5–6)

We read these accounts of the Hebrews’ complaints and shake our heads at their lack of faith. Why would they suppose God redeemed them from Egypt just to let them die in the wilderness?

And yet how many times do we waffle between faith and fear in the course of one day? 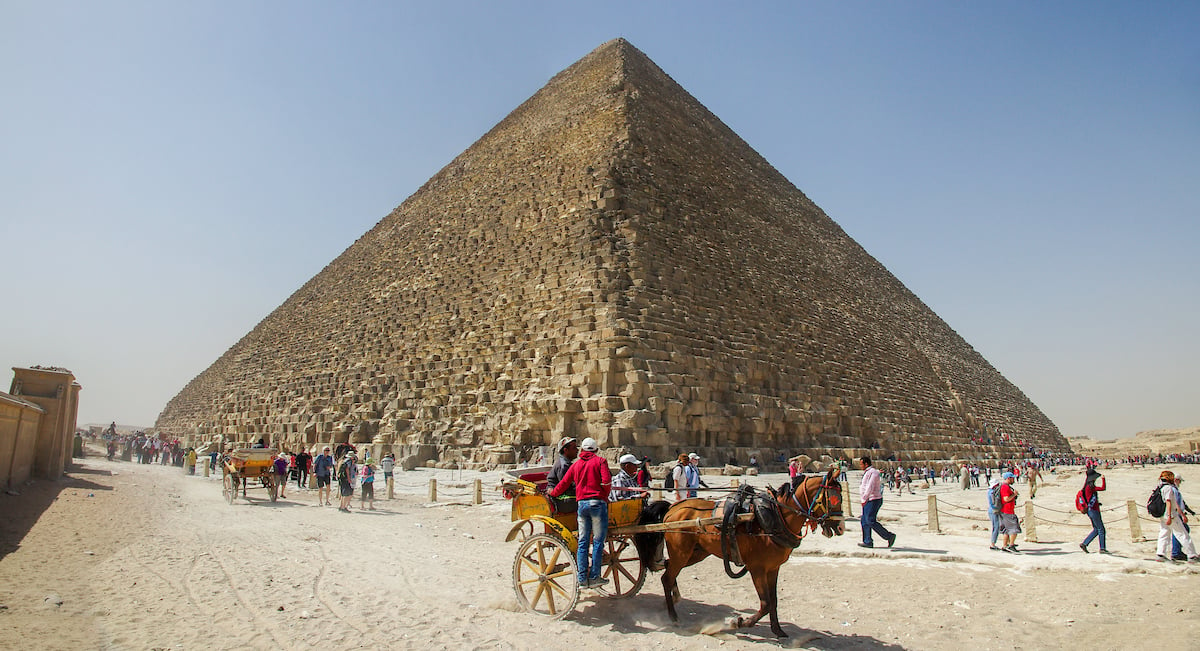 (Photo: Great Pyramid of Khufu. Courtesy of the Pictorial Library of Bible Lands)

We all struggle with this kind of discontentment when the new life God is leading us toward doesn’t seem as great as the one he has redeemed us from. And in those moments, we betray a selective memory, because we’re only recalling half of the truth. Like the Hebrews, we remember the fun and tasty things of slavery—the leeks, onions, and fish (we all have different menus).

But we forget the bondage and condemnation that God redeemed us from. We focus on all the physical losses and none of the spiritual benefits.

At one point, the Hebrews had enough of trusting God, and they wanted to get rid of Moses and elect a new leader who would take them back to Egypt. Familiar bondage seemed a better hope than trusting God for an unknown future.

The pyramids still standing today remind us that Egypt always beckons us back. But these massive structures represent monuments of painful hopes. They were tons of hard work for nothing.

How essential we remember that truth in those moments when we crave the best of two incompatible worlds.

Tell me what you think: Why do we sometimes long for the life we asked God to deliver us from? To leave a comment, just click here.