How A Stone Inscription Offers Encouragement To Your Spiritual Life. 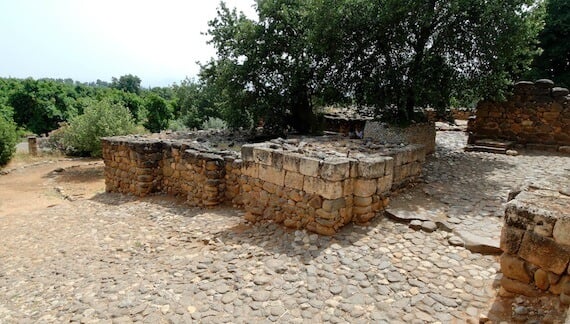 Sometimes archaeology gives us a gift. The ancient site of Tel Dan in Israel has a large, rock wall—a city gate from the time of Solomon’s temple. There archaeologists unearthed the Tel Dan Stele —a marvelous vindication to biblical history. 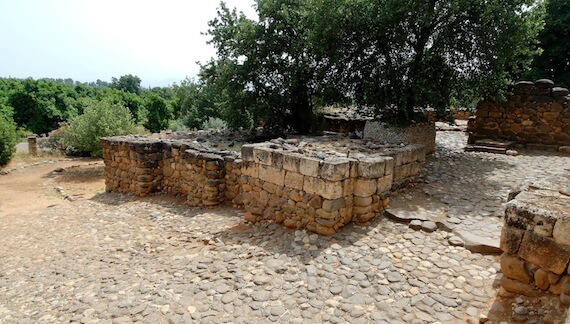 (Photo: Tel Dan Iron Age gate near where the stele was discovered. Courtesy of the Pictorial Library of Bible Lands)

It also offers encouragement to your spiritual life. Here’s how.

The Discovery of the Tel Dan Stele

Likely built by King Ahab in the 9th century BC, the Iron Age gate entrance helped to fortify the city of Dan. And for good reason. The ninth and early-eighth centuries BC saw many battles between the northern kingdom of Israel and the expanding kingdom of Aram.

The Aramaic text scrawled on the stele revealed the boasting of an Aramean king who erected the stele to commemorate his military victory at Tel Dan. No doubt, a later Israelite king smashed the stele and buried it outside the gate where archaeologists dug it up it in 1993 and 1994.

The celebrated Tel Dan Stele (I call it the “Stele Dan”) specifically mentions a triumph over the “House of David.” Why so significant? 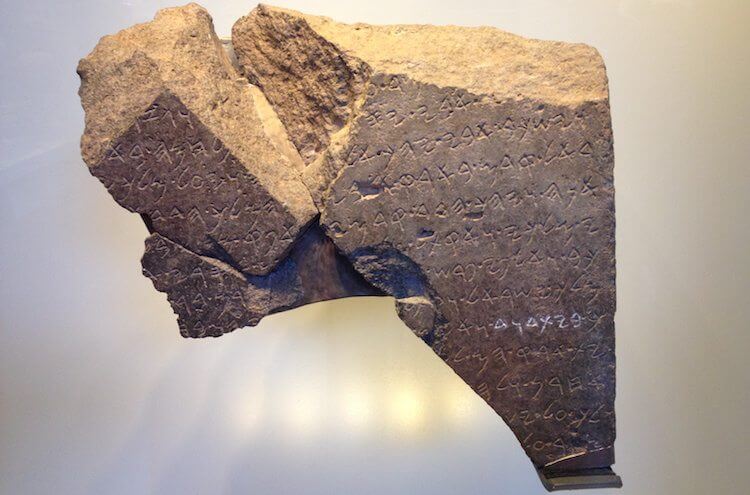 The Irony of the Tel Dan Stele

Prior to the stele’s composition, King Jeroboam of Israel’s northern kingdom attempted to dissuade his fellow Israelites from returning to worship in Jerusalem by building an alternative place of worship at Tel Dan (1 Kings 12:26-33).

Jeroboam said in his heart, ‘Now the kingdom will return to the house of David. If this people go up to offer sacrifices in the house of the LORD at Jerusalem . . .’ —1 Kings 12:26–27

But here’s the irony: Tel Dan actually served to validate the existence and importance of the “House of David” through the inscription discovered there. An additional paradox arises when we realize that an enemy of the Hebrews inscribed the stone! The Tel Dan Stele is one of the must-see artifacts in the Israel Museum in Jerusalem.

Also significant to see at Tel Dan is Jeroboam’s high place, the headwaters of the Jordan River, and a mud gate from the Middle Bronze Period (about 1800 BC).

What Tel Dan Tells Us

God had promised King David that his “house” would never end—that one of his descendants would sit on an eternal throne (2 Sam. 7:16).

The place Jeroboam intended to minimize King David’s dynasty eventually ended up vindicating it. What providential irony. This illustrates the truth that the cruelties of others, or demonic schemes, or even our own mistakes can never thwart God’s plans for us. Instead, God uses all these things in the accomplishment of His will for us—to conform us to the image of His Son, Jesus Christ.

God works in our lives in ways that may seem like failures at first. From all we can tell, He blew it. But as we dig through the rubble of our lives, we’ll discover that in the debris—much of it our own doing—God has providentially worked to bring about a vindication of His promises to us.

As with the Dan Stele, it took many years to see physical evidence of God’s promise. But it was there.

Today we take it by faith in our lives as well.

Tell me what you think: What seeming setbacks in your life has God used to actually bring you further in your relationship with Him? To leave a comment, just click here.

Google Street view allows you to walk around Tel Dan and see the archaeological finds there. This vantage allows you to begin the courtyard of the Iron Age gateway where the Tel Dan Inscription was found.