The Arch of Titus and Your Amazing Eternal Security 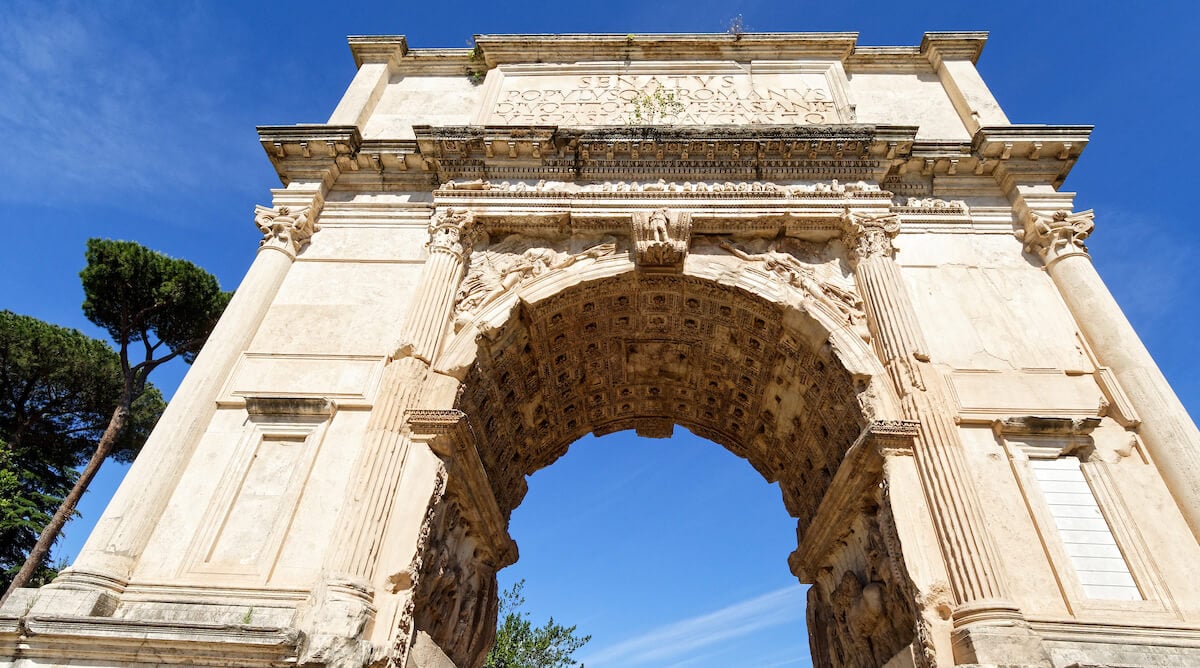 It seems wrong to say it, but sometimes God’s promises in our lives seem sort of thin in light of current events. But the Arch of Titus in Rome gives us occasion to look beyond today’s bad news to our eternal security. 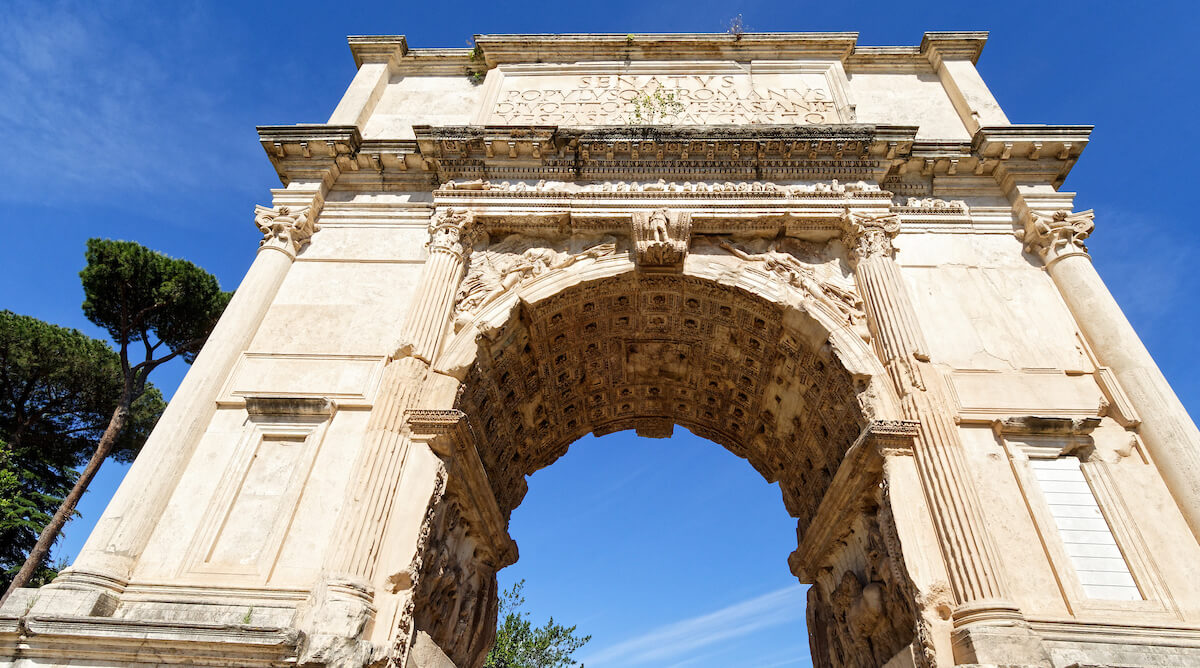 (Photo: Arch of Titus. Courtesy of the Pictorial Library of Bible Lands)

For almost 2000 years, this massive arch has stood in its spot in Rome, Italy, beside the famous Roman Colosseum. The two structures have a historical connection, both related to Jerusalem and the Jews.

These Roman landmarks stand as more than tourist stops in the Eternal City. When we consider their original purpose and compare them to Scripture, we have a reminder of hope, love, and eternal security.

Against the dark background of the Arch of Titus, we see hope for God’s people.

Why the Arch of Titus was Built

The Latin inscription at the top of the arch translates: “The Roman Senate and People to Deified Titus, Vespasian Augustus, son of Deified Vespasian.” The Emperor Domitian built the Arch of Titus in AD 82, a year after his brother Titus’ death, in honor of Titus and Vespasian for their victories in Judea—especially for the destruction of Jerusalem in AD 70.

The underside of the arch shows Titus in his chariot, entering Rome as a victor. The opposite side portrays Titus’ soldiers carrying into Rome the spoil from Jerusalem’s destroyed Temple: the Menorah, the table of showbread, and the silver trumpets. The silver and gold from Jerusalem’s Temple provided Vespasian immense wealth with which he began building the Roman Colosseum. 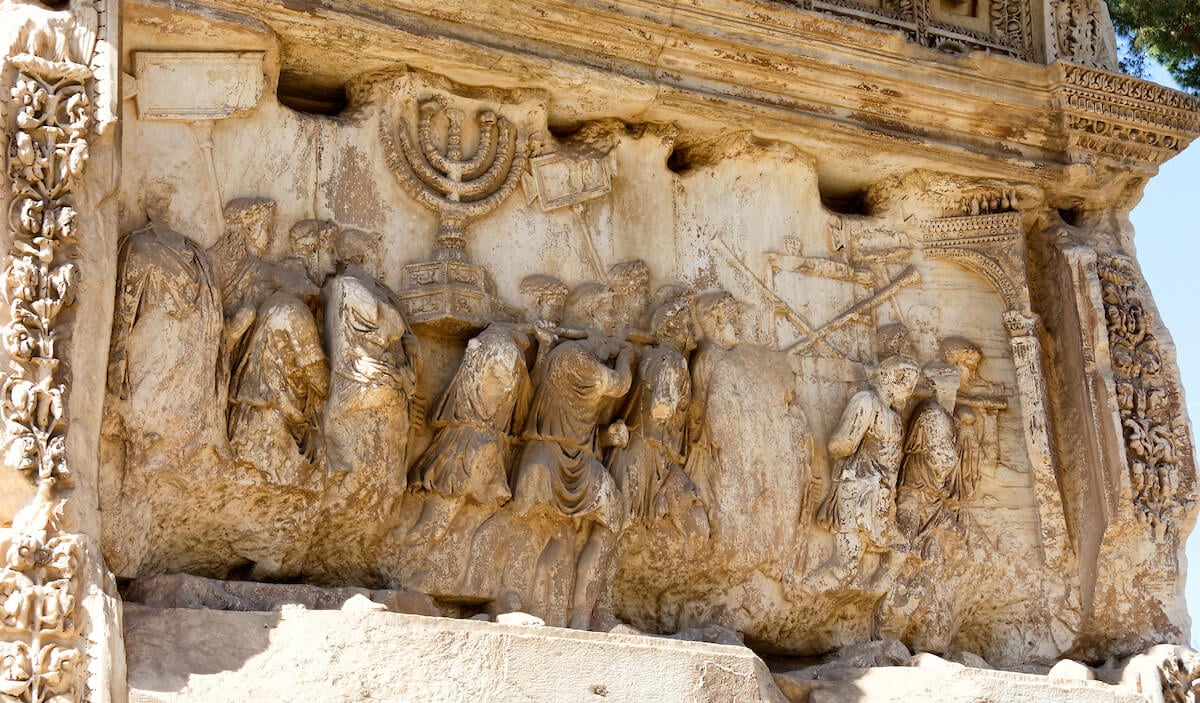 When we look at Arch of Titus and the nearby Colosseum, we see more than famous photo opportunities while on vacation in Rome. We see the results of the destruction of Jerusalem and the reasons the tragedy occurred in the first place.

This bad news points us to good news.

Thirty-seven years before Jerusalem fell in AD 70, Jesus predicted the destruction. God had promised for centuries to send Israel’s Messiah to usher in the long-awaited Kingdom of God on earth. But when Israel rejected Jesus, the Lord predicted the destruction of Jerusalem and its Temple, as well as the diaspora of God’s people throughout the nations (Matt. 24-25; Luke 19:41-44). This bad news merely fulfilled the Prophet Daniel’s words, among many others, written centuries earlier (Dan. 9:24-26).

But it wasn’t all bad news. Not by a long shot!

A Future for Israel and for All Who Believe

Just because Israel rejected Christ doesn’t mean God has rejected them. Why not? The Apostle Paul said it this way:

This takes us back to the Arch of Titus. 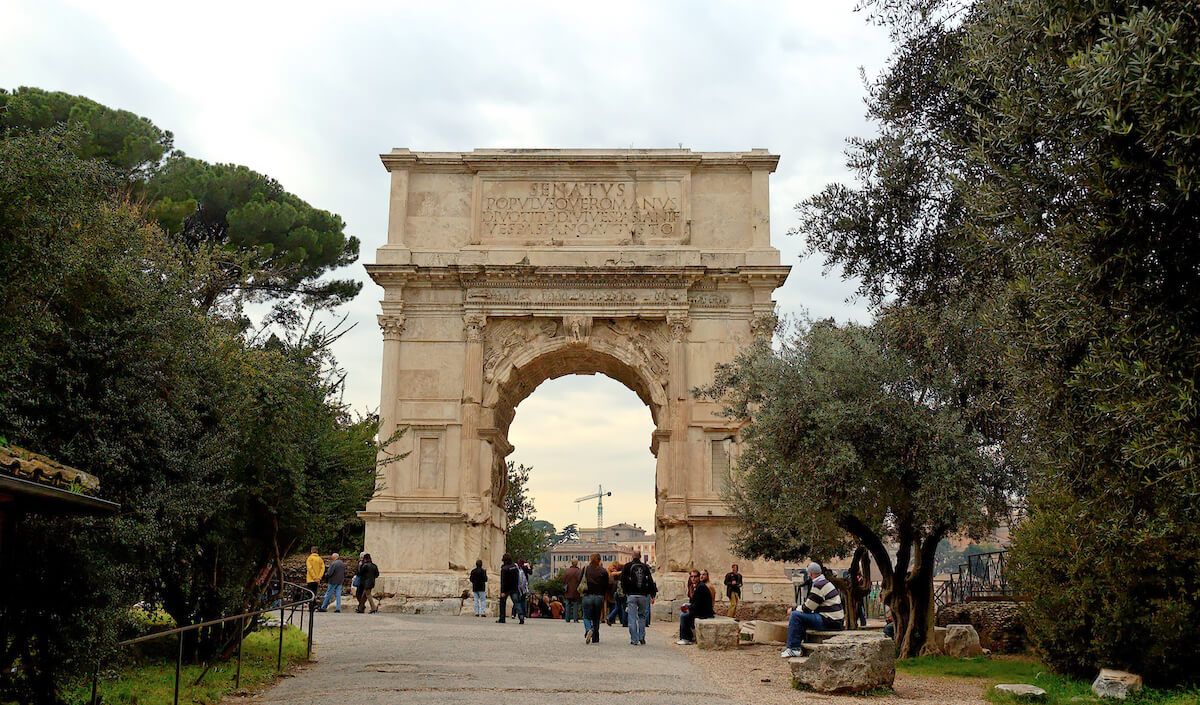 (Photo: Arch of Titus with olive trees. Courtesy of the Pictorial Library of Bible Lands)

Our Hope has Deep Roots

Beside the Arch of Titus today stands a mature olive tree. Its branches and roots remind us of Paul’s words to the Gentile Christians in Rome about Israel:

You, being a wild olive, were grafted in among them and became partaker with them of the rich root of the olive tree…. A partial hardening has happened to Israel until the fullness of the Gentiles has come in; and so all Israel will be saved. (Rom. 11:17, 25–26)

The Bible’s illustration of our eternal security is Israel’s certain future (Rom. 9-11).

How the Eternal City Echoes Our Eternal Security

As we look at the massive Arch of Titus and the Roman Colosseum today, still standing for thousands of years, it may appear the world has won the day. But God is not done.

Our security remains so because of God’s promises, something even our failures cannot change.  Wayne Stiles

These longstanding structures do more than remind us of past failures from Israel, and for that matter, from ourselves. They remind us God has a future for Israel, for God keeps His promises. Because that remains true, we have a reminder that God isn’t done with us either when we fail. Our security remains so because of God’s promises, something even our failures cannot change.

Look beyond the Arch of Titus to the olive tree beside it. We have eternal security in Christ for the same reason Israel has a promised future—because of God’s faithfulness.

Tell me what you think: What helps you remember your eternal security in Christ? To leave a comment, just click here.