The Dead Sea —One Day It Will Live Again 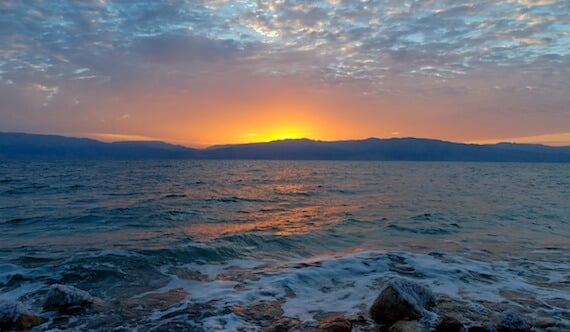 Piles of driftwood, bleached white, surround the shoreline like bones from a life lived long-ago. It’s the lowest place on earth, the hottest spot in Israel, and nothing visible can live in its waters. The Dead Sea. 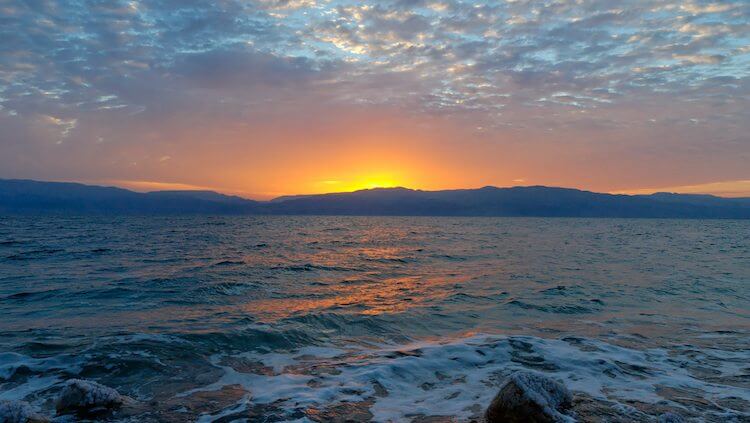 (Photo: Sunrise over Dead Sea. Courtesy of the Pictorial Library of Bible Lands)

With a name like the Dead Sea, this unusual site might lead you to expect a disappointing visit.

The Dead Sea’s density has given it a reputation that people throughout history have found irresistible: you cannot sink. 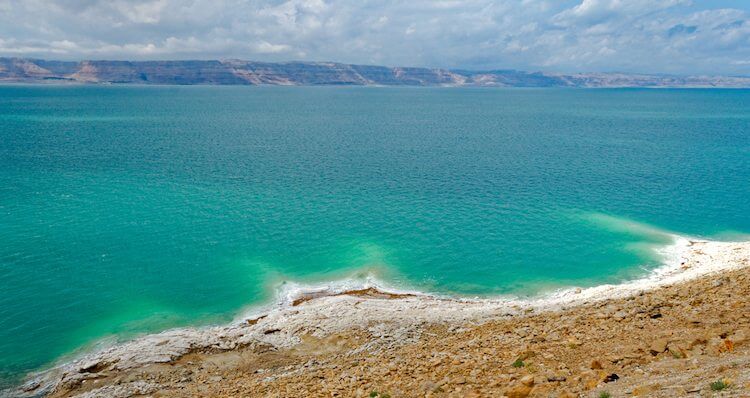 Those commonsense warnings observed, the sea rewards each visitor with an unforgettable experience—including really oily skin and one-of-a-kind photographs. While tourists purchase special facial creams and hand lotions made from Dead Sea minerals, most people come to the sea to experience its remarkable buoyancy.

Wading into the brackish water, many swimmers scoop handfuls of black mud and slather it on their bodies before smiling for the camera. I’ll never forget the strange sensation I had the first time I experienced the Dead Sea’s dense salinity. I literally could stand still and upright without touching bottom and float with the surface of the water at my chest! Other tourists floated beside me on their backs, easily reading books. Thrown sticks rested on the surface as though lying on a mirror.

Even fish react to the salinity! A mosaic on the floor of a church in Medeba, Jordan, represents an early tourist map for Byzantine pilgrims on their way to the Holy Land. The map shows fish swimming down the Jordan River and then turning around once they hit the Dead Sea! 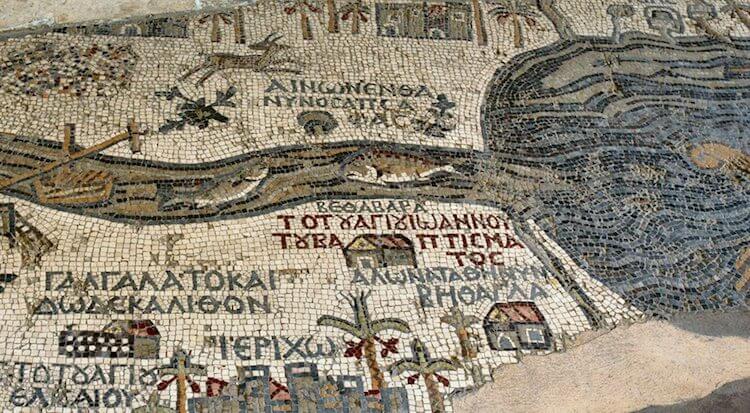 (Photo: Medeba map shows fish swimming up the Jordan River to avoid the Dead Sea. Courtesy of the Pictorial Library of Bible Lands)

The Jordan River snakes down from the base of Mount Hermon and empties its flow just south of Jericho into the Dead Sea. Today, most of the Jordan River is diverted for domestic and agricultural interests. What continues to flow delivers the Dead Sea’s only continuous intake to replenish what water evaporates. And it isn’t enough. 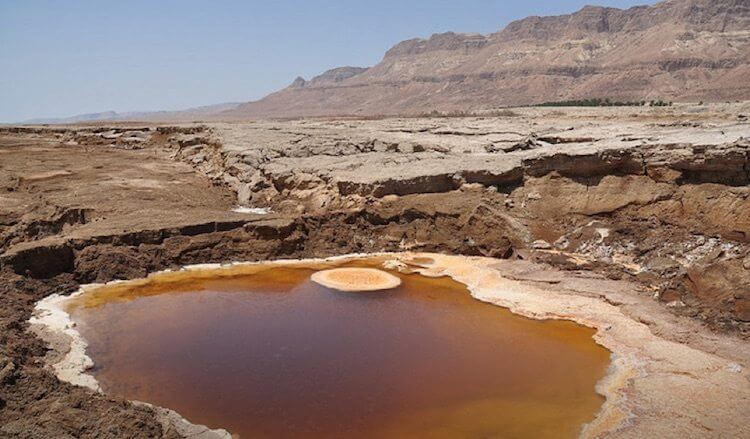 For years Israel and Jordan have debated possible solutions. But only recently have they agreed on a deal to pump brine from the Red Sea’s water purification plant 100 miles north to replenish the Dead Sea’s evaporation.

Although the evaporation causes one set of problems, it also provides a source of commerce. As the water evaporates, it leaves behind concentrated calcium, magnesium, potassium, and sodium chlorides, giving the Dead Sea the highest salinity of any body of water on earth and providing industrious humans throughout history with desirable products.

Insight from the Dead Sea: Life from Death

The Dead Sea has had many names throughout history.

It’s hard to believe, but the region used to be a well-watered area—as lush and attractive as the Garden of Eden. But God’s judgment on Sodom and Gomorrah changed the area from a fertile land to a desolate expanse (Genesis 13:10; Deuteronomy 29:23; Jeremiah 17:6). The evaporation hovering over the Dead Sea yields a constant haze over its surface that reminds visitors of the furnace-like smoke that rose from the valley after the destruction of Sodom (Genesis 19:28).

But one day, Scripture promises, the Dead Sea will live again—and not because of the new plan to pump water north from the Red Sea.

When the Messiah Jesus rules the earth in the kingdom of God, water will flow from Jerusalem’s Temple Mount and fishermen will line the banks of the Dead Sea (Ezekiel 47:8–11; Zechariah 14:8). What a picture of God’s power to bring life from death!

I wonder what we’ll call the Dead Sea in that day?

Tell me what you think: In what ways has God brought life from death for you? To leave a comment, just click here.

Dead Sea on the Map: