The Grace of God in my Favorite Les Misérables Scene 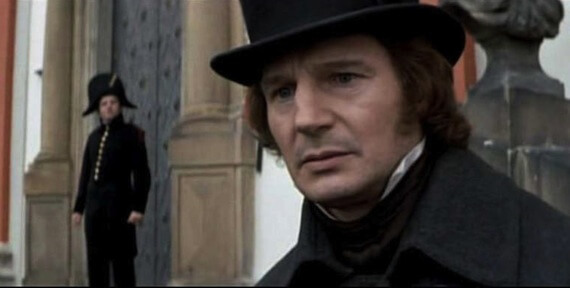 Even though the acting is superb, and the costumes, music, and scenes look first-rate, there is another element that outshines them all.

The grace of God.

Before I show you the clip of my favorite scene, here’s a brief set-up: Jean Valjean is a ex-convict living in pre-revolutionary France. Just released from prison, he wanders the streets because no one will take him in. Finally, a kindly old bishop feeds him and lets him sleep overnight.

Let’s watch my favorite scene in the movie to see what happens.


Behold the transforming power of the grace of God.

The bishop had the right to have to Valjean imprisoned. Justice demanded it. But when the Bishop went against every human instinct for revenge, it transformed Jean Valjean’s life forever.

Being offered such grace—when he had never even sought it—tore down all his defenses. He dedicated his life from that point to helping others. Valjean kept the candlesticks always as a reminder of grace.

The Transforming Power of the Grace of God

We could summarize most sermons we hear with two words: “Be good.”

But we need to hear more than that. Why be good? Read the Bible’s answer carefully:

“For the grace of God has appeared, bringing salvation to all men, instructing us to deny ungodliness and worldly desires and to live sensibly, righteously and godly in the present age.”—Titus 2:11–12

I looked up “grace” in Webster’s dictionary and he defines it several ways. The 11th and final definition reads this way:

[Grace:] “In theology, a) the unmerited love and favor of God toward man. b) Divine influence acting on man to make him pure and morally strong. c) The condition of a person thus influenced.”

These verses about the grace of God give us at least two principles:

1. The grace of God is freely available to every person (yes, even to you).

God had no obligation to forgive your sin. His only obligation was to judge your sin. But He chose to have grace toward you by having Jesus die on the cross for your sins. Grace is a gift we receive, and once accepted, it can never be lost.

You cannot lose by your works what you received by God’s grace. (Tweet that.)

The grace of God has no condition, and yet, it’s a wrong application of grace to use it as a license to sin. Instead, grace should have another effect.

2. God’s saving grace is our motivation for godly living.

The world’s motivation for good deeds is recognition, feeling guilty, feeling obligated, or pure selfishness. But the proper motivation for every good deed done is that it’s done in gratitude for the amazing grace of God. And for His glory.

Jean Valjean’s life in Les Misérables is more than a great story. It stems from a compelling truth.

God gives us a motivation (in addition to His glory): we live good lives out of gratitude for the grace of God. Not to earn God’s favor, but because we already have it.

The grace of God is a great motivation for godly living.

Tell me what you think: Do you think gratitude is a greater motivation than fear? To leave a comment, just click here.