Walking Atop the Walls of Jerusalem 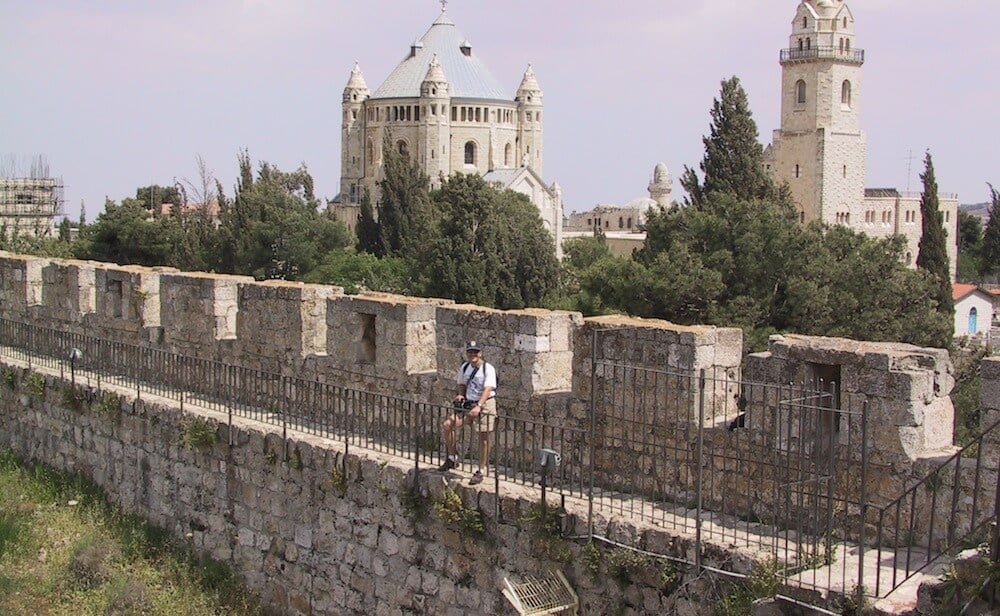 I have seen the Old City of Jerusalem from every direction. From the north on Mount Scopus. From the east on the Mount of Olives. From the south at the Haas Promenade. From the west atop the Citadel. I’ve even flown above it in a helicopter.

But the most unique way I’ve seen the city is from atop its walls. 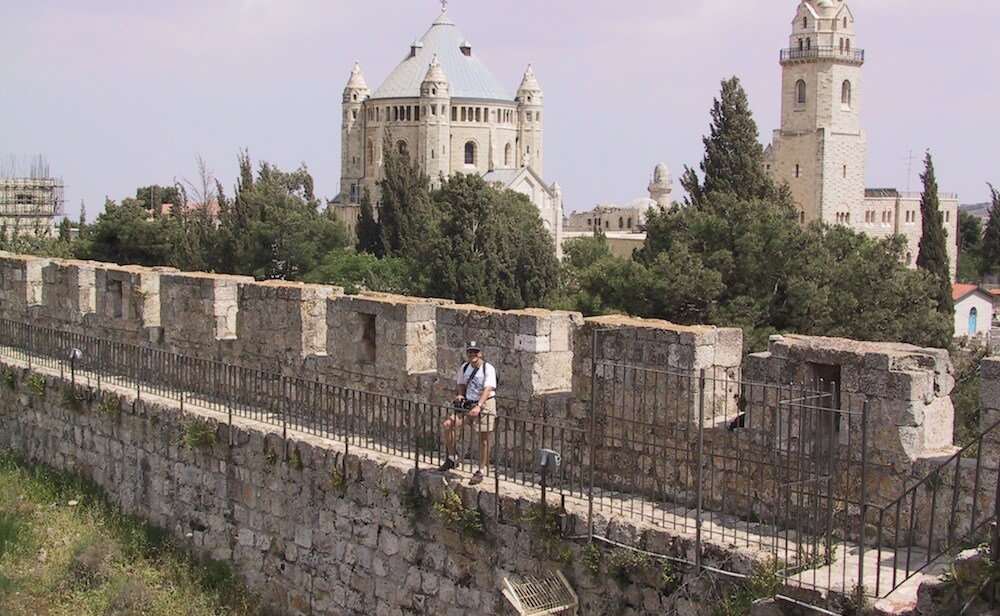 (Photo: Atop the wall of Jerusalem ramparts. Photo by James Foo)

A visitor can walk atop most of the Old City wall of Jerusalem, accessed at the Jaffa Gate and Damascus Gate. The walk has railings on the inside and high stone walls on the outside, so safety is assured. Explanatory signs along the way give understanding to the history that occurred nearby.

More than once, I’ve walked on the ramparts, a matchless and wonderful way to see both inside and outside the Old City.

This quick tour travels atop the wall of Jerusalem from the Jaffa Gate to the Dung Gate.

Ascending the wall of Jerusalem near the Jaffa Gate on the western side of the city, I peered over into the extensive grounds of the Citadel.

Built by Herod the Great, the palace also served as Pontius Pilate’s quarters in the first century, and probably it was also the Praetorium where he condemned Jesus (John 19:9-16). 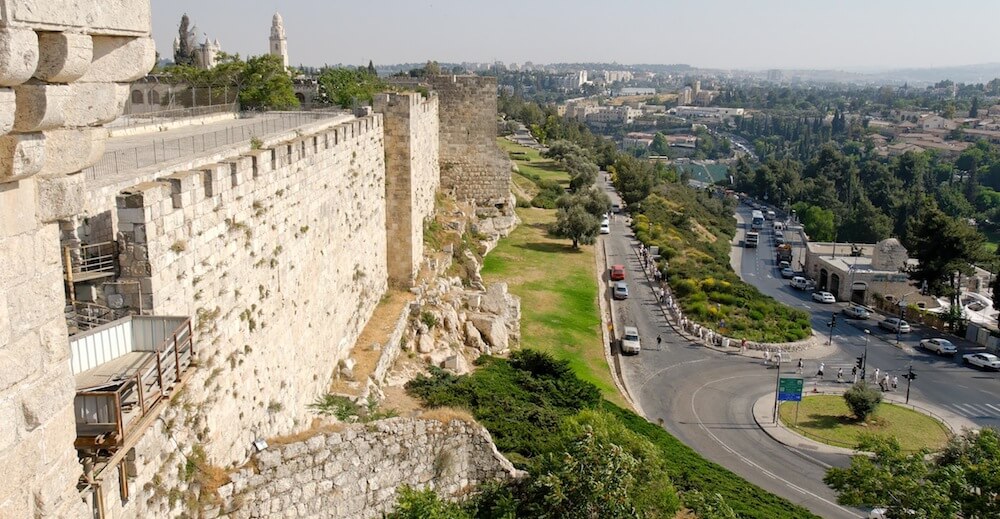 I headed counterclockwise on top of the wall and then east toward the Zion Gate. To the right sat the site on modern Mount Zion where Jesus had the Last Supper with His disciples in the upper room. The lovely Dormition Abbey dominates this hill.

Further south, I saw the infamous Hinnom Valley, which today hosts concerts and offers lush, green grass for families with Frisbees. But in the days of Judah’s kings, the gorge accommodated horrific acts of idol worship and child sacrifice.

To the left (or inside the wall of Jerusalem) lay the Armenian Quarter, a section of the city more easily seen from the ramparts than from the ground. High walls and few windows surround this sector of Jerusalem. 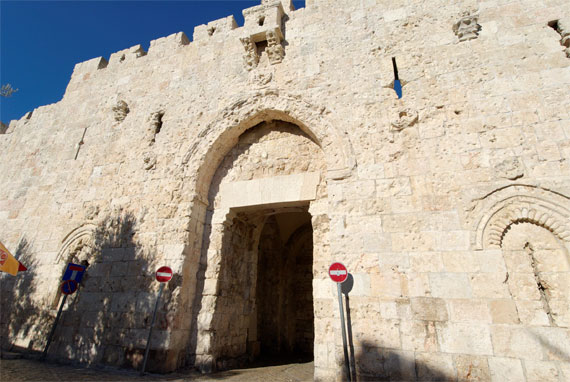 Pausing at the Zion Gate, I leaned over to see its façade, still pockmarked with bullet holes from the struggle to liberate the Jewish Quarter in the 1948 War of Independence. Arabs call the gate Bab Nabi Daud, “Gate of the Prophet David,” because King David’s tomb allegedly rests on “Mount Zion.”

Byzantine Christians in the fifth century confused the Western Hill with Mount Zion and so gave rise to some regrettable misnomers.

(Photo: This shows entire ramparts walk described in this post. Courtesy of the Pictorial Library of Bible Lands)

I descended the wall of Jerusalem west of the Dung Gate in the Jewish Quarter.

Although Google Street View has no virtual walk on the ramparts, here is where the walk ends near the Dung Gate. You can get somewhat of an idea of what it’s like to walk the walls.

Walking atop the wall of Jerusalem gave me a beautiful view of the city, its gates, and its surroundings. But it also gave me a feeling of what it would have looked like as a defender on these walls during a siege or a battle.

I could feel both the advantages and the limitations of the ramparts. Comforting—and unnerving.

(Photo: Old City wall seen through an arrowslit. Courtesy of the Pictorial Library of Bible Lands)

From a distance, only these huge, darkened walls that surround the Old City suggested its antiquity. Because of the battles and ever-changing rulers of the city, the wall of Jerusalem has expanded and contracted over the centuries like the breathing of a living being.

The present ramparts and gates remain best described, in my opinion, by the title of the Ottoman sultan Suliman who built them well over four centuries ago: Magnificent.

Pray for the peace of Jerusalem: “May they prosper who love you. May peace be within your walls.

Tell me what you think: Have you ever walked on the wall of Jerusalem? What did you enjoy? To leave a comment, just click here.