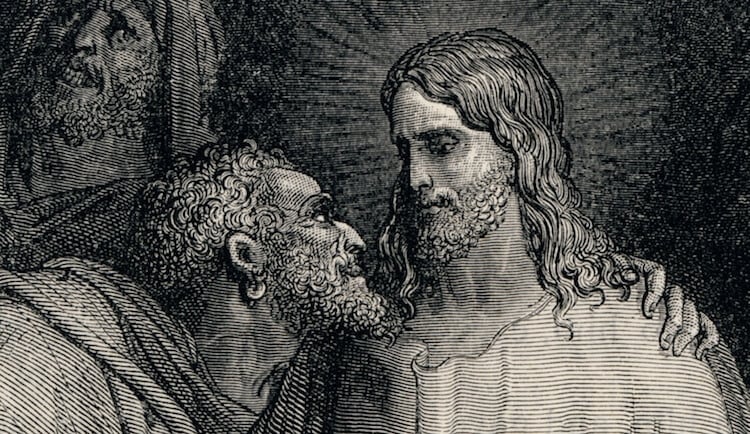 His name is a byword for betrayal. But it never began that way. “Judas” is the Greek form for the Hebrew name Judah—a common designation in ancient Israel.

Judas’s treacherous betrayal came as a complete shock to all who knew him. On the surface, he appeared as dedicated as all the other apostles.

So when Jesus foretold His betrayal at the Last Supper, no disciple at the table pointed and said, “Aha, Judas! I knew there was something about you!” The whole group remained clueless. Each one, in fact, asked, “Surely not I, Lord?” (Matthew 26:22).

Strangely, even Judas asked. Don’t you wonder why?

A Product of Greed or of Evil Influence?

From the human perspective, Judas’s motive for betrayal may have had its roots in the love of money (John 12:6). Pure greed. But from the spiritual perspective, the inspirational source is clear: Satan influenced Judas to betray Jesus (Luke 22:3–4).

Judas descended from the Upper Room in the blackness of night in order to guide the authorities to Jesus. They found the Master in the Garden of Gethsemane, and Judas arranged a sign to identify which man to arrest.

A kiss of greeting. 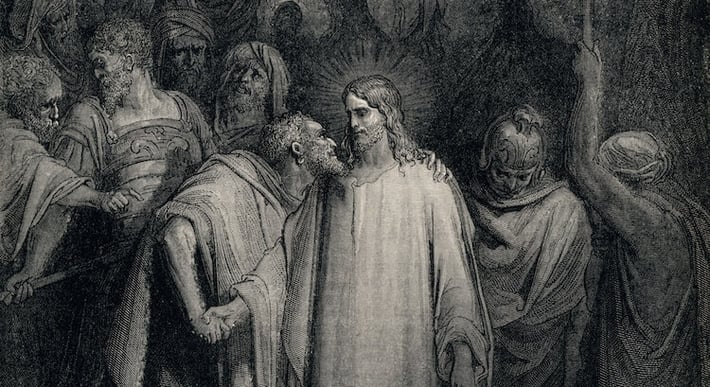 Judas approached Jesus in the dark grove and gave his falsehearted kiss of respect. “Greetings, Rabbi,” he blathered. Even his words betrayed his actions. This pretentious kiss of greeting also served as an unwitting farewell.

True, no one expected Judas’s betrayal. No one but Jesus. The Lord knew from the beginning who would betray Him (John 6:64). Jesus’s response to the disingenuous salutation exposed Judas’s intent.

Jesus’s last words to Judas would echo in his ears for eternity.

After Judas discovered that Jesus faced death, “he felt remorse and returned the thirty pieces of silver to the chief priests and elders, saying, ‘I have sinned by betraying innocent blood’” (Matthew 27:3–4).

After hurling the lucre into the temple, Judas selected a spot and hanged himself.

Some have mused whether or not Judas ever truly believed in Jesus. Although God’s grace is big enough to have forgiven Judas, it seems unlikely that the betrayer’s “remorse” resulted in repentance.

But What about Peter’s Denial?

Judas’s regret led to suicide, but Peter’s regret just occasioned a good cry (and a changed life). What made the difference?

The apostle Paul would later write:

The sorrow that is according to the will of God produces a repentance without regret, leading to salvation, but the sorrow of the world produces death. —2 Corinthians 7:10

In Judas’s final words, “I have sinned,” he pronounced his own judgment. His betrayal played a part in Jesus’s death, which would, amazingly, pay for even Judas’s sins. How ironic. How tragic.

And What about Us?

Like Judas, like Peter, like all the disciples who deserted Jesus that night—we have a choice regarding where our sorrow will take us. As we face the raw truth of our carnal hearts, our shame and guilt will lead us in one of two directions:

Thankfully, God intends the pangs of our sorrow to lead us away from our guilt and toward His grace. No sin is too great for God’s mercy.

But we must receive it.

Tell me what you think: Do you think Judas could have been saved? To leave a comment, just click here.