Geographic Ironies of Jesus and Herod the Great 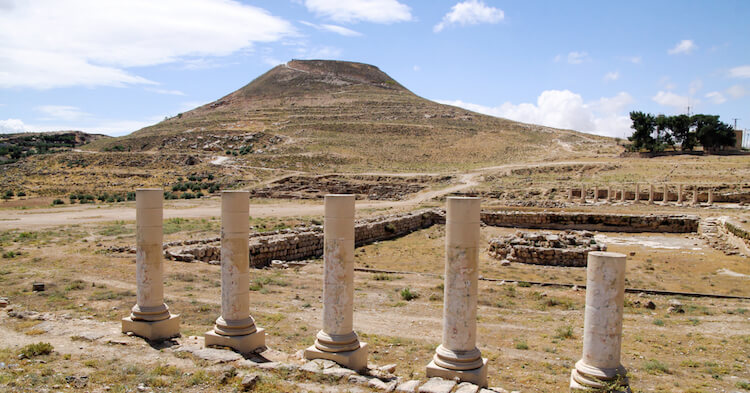 The Bible loves poetic irony. Think of Joseph’s brothers, hat in hand before the brother they betrayed. Or Haman—hanged on his own gallows. But one of my favorites has to do with the geographic ironies surrounding the death of Herod the Great.

(Photo: The Herodium where Herod the Great was buried. Courtesy of the Pictorial Library of Bible Lands)

Like an ugly cover on a great book, the places of Herod’s death bookend the life of Jesus.

They give lasting lessons to us who walk through them.

The Death of a King and the Birth of The King

After the magi came and told the paranoid king that the “King of the Jews” had been born, Herod tried to slay Jesus by killing the boys of Bethlehem. But instead, God told Joseph in a dream to take Jesus and Mary and flee to Egypt.

Just outside of Bethlehem to the southeast stands the Herodium—the flat-topped, man-made mountain fortress Herod the Great had built for himself. In a wonderful twist of poetic irony, the raving King Herod died and was buried in the Herodium—overlooking Bethlehem, the birthplace of the true King of Israel.

(Photo: Herodium model tomb of Herod the Great. Courtesy of the Pictorial Library of Bible Lands)

Note: Herod has enjoyed a surge of publicity since archaeologists recently discovered his tomb at the Herodium—as recorded by the ancient historian Josephus ( War I, 33, 8; Antiquities XVII, 196-199). Read a plethora of trustworthy archaeological information from my friend, Dr. Todd Bolen, on his blog.

This video by Amir Aloni offers a great perspective on the Herodium as does the panoramic view of the Herodium in Google Street View.

Passing through the Place of Herod the Great’s Death

At the end of Jesus’ life, just a week before His death, He began His ascent to Jerusalem by leaving Jericho via the Ascent of Adummim. Jesus would have passed between the palace buildings, which Herod had built for himself as a place to escape Jerusalem’s winters.

(Photo: The road Jesus walked passed through Herod’s palaces in Jericho. Courtesy of the Pictorial Library of Bible Lands)

When Jesus passed beneath the bridge between the buildings of Herod the Great, He must have considered this paranoid king who tried to kill Him as a boy in Bethlehem.

Ironically, King Herod died in this Jericho palace while the true King of Israel lived to pass between its walls on His way to lay down His life.

A Testimony to All Earthly Glory

The opulent palace of Herod the Great, as well as the Herodium fortress, today lie in ruins—testimonies to all earthly glory. Their testimonies still speak to us, don’t they?

Easy to do? Not at all. But worth it in the end.

Tell me what you think: What motivates you most to surrender earthly glory for a greater glory to come? To leave a comment, just click here. 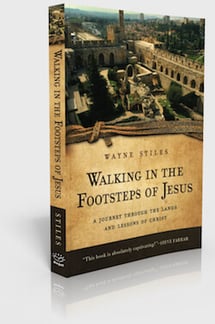