Hope from the Upper Room and David’s Tomb 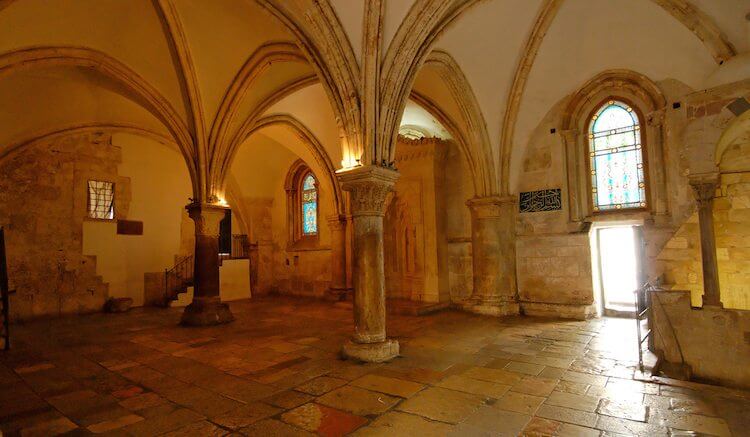 One of King David’s most poignant prayers came after one of his greatest mistakes. “Do not cast me away from Your presence,” he prayed, “and do not take Your Holy Spirit from me” (Psalm 51:11).

At the traditional site of the Upper Room, pieces of Hebrew and Christian scripture come together in an ancient building. Here, on Jerusalem’s Western Hill, events of history and tradition combine to offer the ultimate answer to David’s prayer.

In fact, the place offers hope for all of us.

Mount Zion and Misnomers that Stuck

Outside the modern Zion Gate on the Western Hill, Byzantines in the fifth century confused the names of this area.

In a small room on the first floor, Jews pray before a cenotaph (tomb marker or monument) that lays draped in dark purple velvet with the Star of David embroidered on it in gold thread. Because Jews couldn’t enter the Old City prior to the reunification of Jerusalem in 1967, many Jews prayed for hope here instead. Many still do.

Here Byzantines honored both David and James as the Jewish and Christian founders of Jerusalem.  James’ church is located in the nearby Armenian Quarter, but David’s tomb is commemorated at this location—where the “Church of Mount Sion” was.

Archaeological remains date back to the second century, a time when it would have been difficult and risky for Christians to congregate in this place—unless they had a good reason. “Church of Mount Sion” is a first-century synagogue that faces the Church of the Holy Sepulchre—not the Temple Mount. As such, the building reflects the beliefs of the early Jewish Christians. Christians since the first century have venerated this site as the Upper Room where Jesus celebrated the Passover and Last Supper with His disciples (see Biblical Archaeology Review, 16:03, May/June 1990). 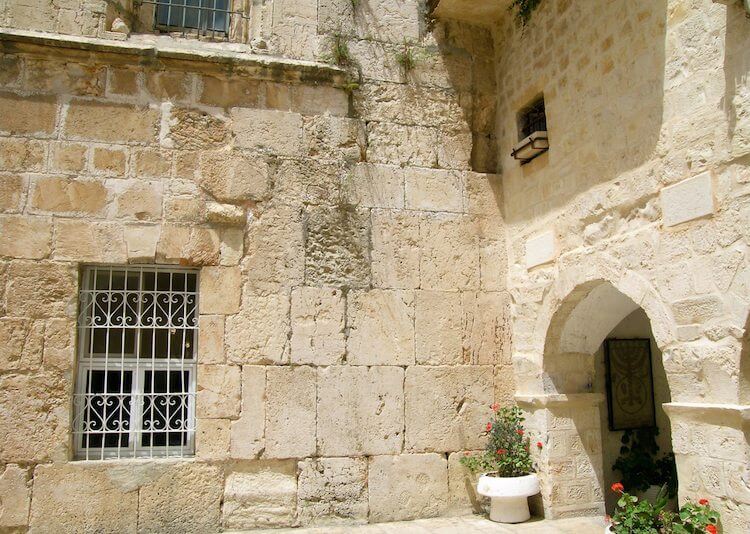 (Photo: Upper Room over early synagogue and “Church of Mount Sion”. Courtesy of the Pictorial Library of Bible Lands) 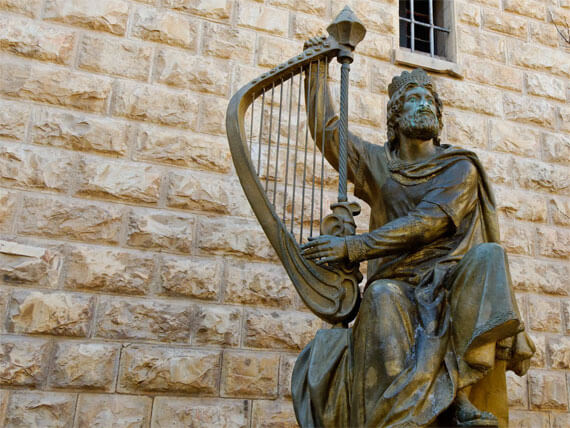 (Photo: Statue of King David on Mount Zion by “David’s Tomb.” Courtesy of the Pictorial Library of Bible Lands)

Hope for David and for Us

I like how the Upper Room and “David’s Tomb” share the same footprint. The New Covenant provides the final means for answering David’s prayer for forgiveness and the permanence of the Holy Spirit in our lives.

In fact, this mercy provides the motivation by which we live a life of renewed commitment to God’s Word (Romans 12:1; 1 Peter 1:3).

Tell me what you think: What is your motivation to live for God? To leave a comment, just click here.