Remember The End of the Story of Your Life 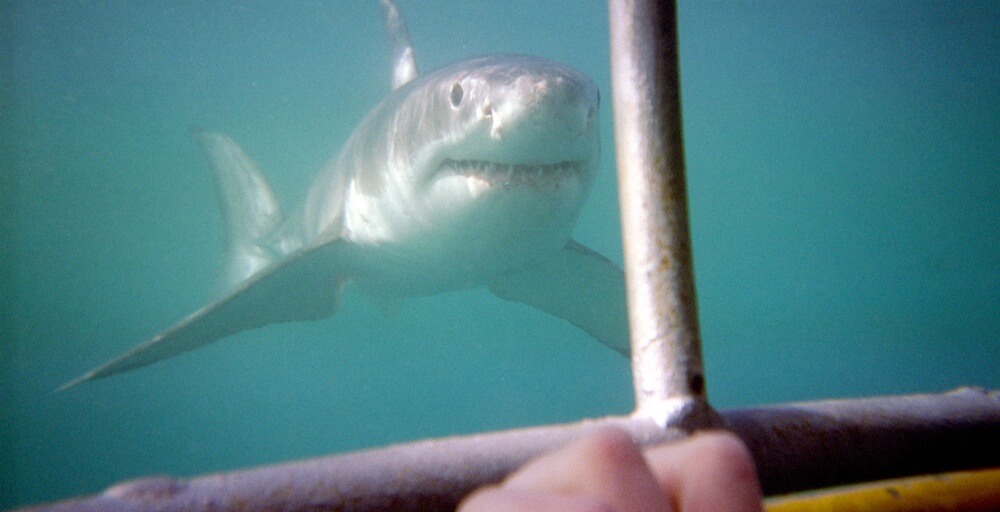 I’ve probably seen Jaws a dozen times since 1976. And yet every time I watch it my heart pounds as I imagine myself as the scuba diver in that flimsy “anti-shark cage.”

Even though I’ve seen the ending twelve times—and I know the shark blows up—seeing those gaping jaws rip apart that cage still makes me nervous.

For most of us, our Great White isn’t a twenty-five foot fish. It’s an eighty-five year life.

(Photo by Alban, Own work, GFDL, via Wikimedia Commons)

Our monsters are the dishes and diapers, the mowing and mood-swings, the finances and friends, the sicknesses and sadness, and of course, the incessant, ever-increasing “to-do” list.

Some of these nibble at you, and others take off a leg.

With such problems as we have in the Christian life, it’s not hard to feel caged and wide-eyed at the monsters that threaten your joy.

We’re all susceptible to the earthly cynicism of Solomon when he wrote:

So I hated life, because the work that is done under the sun was grievous to me. All of it is meaningless, a chasing after the wind. —Ecclesiastes 2:17

Sometimes, amidst the fray of the foam, I find it healthy to remember the end of the story. It always helps calm me down.

The End of the Story (Warning: Spoiler Alert)

At the end of the story, those who have placed their faith in Christ will be vindicated and comforted. And the beast that has threatened to rip us apart God will remove. We are promised:

No longer will there be any curse. The throne of God and of the Lamb will be in the city, and His servants will serve Him. They will see His face. —Revelation 22:3-4

In this sinless existence, here’s what believers of all ages will do: “His servants will serve Him.”

How simple, and yet how profound.

Whatever the humble or important task is for each of us, it will bring inexplicable joy to serve forever in the presence of the Lord who died to pay for our sins.

Looking forward to His presence is what excites me most, particularly that we “will see His face.”

Every person in the Scriptures who had the occasion to catch a glimpse of the Almighty hit the dirt in a coil of shame and terror. But we Christians will one day gaze full into His eyes and marvel at His holiness, without fear of punishment, because Jesus took that punishment when He died for us.

Ironically, the throne from which God will finally judge all evil is called, “great white” (Revelation 20:10-15). I like that.

Remember the End of the Story

So as you swim in the fray of your struggles, never allow your obligations or your problems distract your mind from your destination.

Don’t forget the end of the story.

Tell me what you think: What do you look forward to most? To leave a comment, just click here.