Rome is famous for its standard tourist sites: The Trevi Fountain, the Forum, Piazza Navona, the Colosseum, the Pantheon — and many other historic places lay alongside modern streets and buildings. 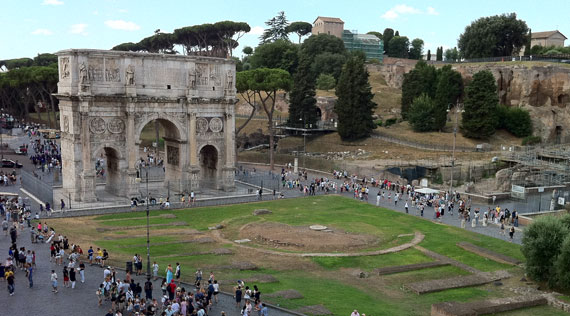 But I’d like to show you 6 Christian places to visit, those sites relevant to believers, including one site that isn’t even on the map:

The Apostle Paul wrote to the Romans of his plans to see them:

I have had for many years a longing to come to you whenever I go to Spain — for I hope to see you in passing, and to be helped on my way there by you, when I have first enjoyed your company for a while (Romans 15:23-24).

To be sure, Paul would go to Rome — but not like he thought he would.

Paul went to Rome before there were Christian sites to see. He went as a prisoner in chains. Acts 27-28 tells us the story. Arrested in Jerusalem and imprisoned at Caesarea for two years, Paul appealed to Caesar and suffered a shipwreck on his way to Rome as a prisoner.

After two years, Paul was released from his imprisonment, after which he traveled and wrote two more epistles before his final Roman imprisonment in the Mamertine Prison. Here Paul wrote these words to his protege, Timothy:

I am already being poured out as a drink offering, and the time of my departure has come. I have fought the good fight, I have finished the course, I have kept the faith (2 Timothy 4:6–7). 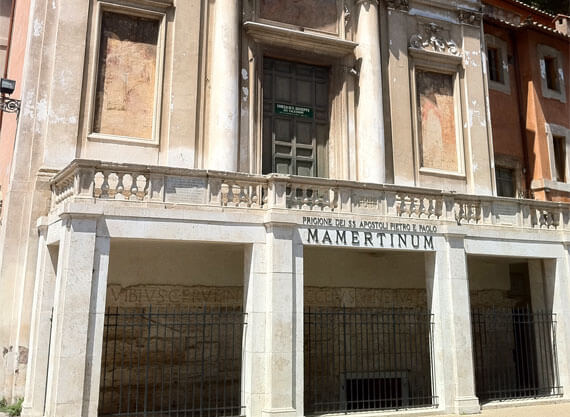 (Photo: The site of the Mamertine Prison in Rome, where Paul wrote 2 Timothy)

Tradition tells us Paul was martyred outside the walls of Rome at a place most folks have never heard of—one of the Christian sites not on the tourist maps. (You can find it here.)

Don’t confuse Tre Fontane with the famous Trevi Fountain. It’s called Tre Fontane (“Three Fountains”) because, according to legend, after Paul’s head was cut off, it bounced three times and three fountains sprung up! Although the fountain story is apocryphal, the location of his death is historical.

Paul, the apostle, who before was called Saul, after his great travail and unspeakable labors in promoting the Gospel of Christ, suffered also in this first persecution under Nero. Abdias, declareth that under his execution Nero sent two of his esquires, Ferega and Parthemius, to bring him word of his death. They, coming to Paul instructing the people, desired him to pray for them, that they might believe; who told them that shortly after they should believe and be baptized at His sepulcher. This done, the soldiers came and led him out of the city to the place of execution, where he, after his prayers made, gave his neck to the sword. 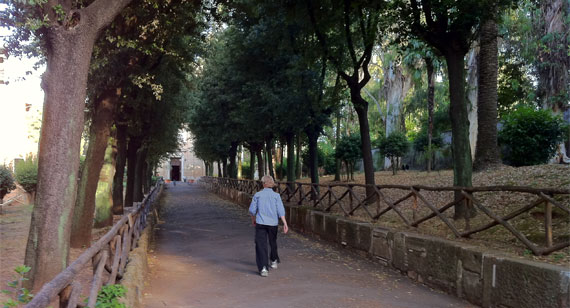 (Photo: The pathway at the Tre Fontane Abbey leads to the small chapel that marks the site of Paul’s martyrdom)

3. The Church of St. Paul Outside the Walls

Tradition points to this location as the place where the Apostle Paul was buried, about two miles away from Tre Fontane Abbey. Emperor Constantine erected a building over the site where Paul’s followers had venerated the burial spot of the apostle.

The structures that marked this spot changed and expanded throughout the centuries. The grand basilica we see today largely reflects 19th– and 20th-century architecture. Paul’s grave is clearly marked inside the ornate church. 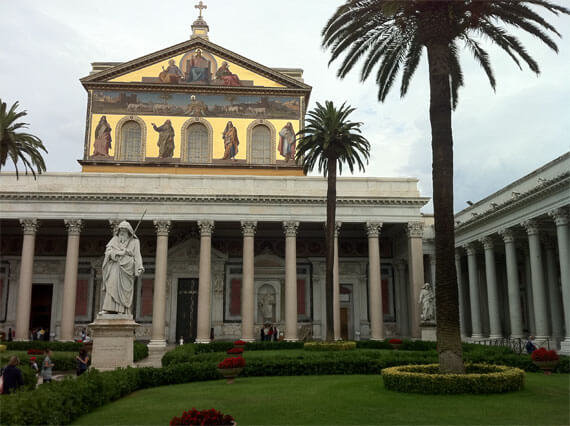 (Photo: The beautiful Church of St. Paul Outside the Walls, the traditional site where Paul is buried)

Contrary to popular belief and Hollywood movies, it’s unlikely any Christians were killed in the Colosseum. Instead, they were almost all martyred in the Circus of Gaius/Nero—the site where St. Peter’s Square now stands. This place receives the most attention of all Christian sites in Rome. The Egyptian obelisk in the center of the square is original to the circus, though it stood in a different spot.

According to tradition, Peter was crucified here upside down (see John 21:18-19). He is most likely buried deep beneath the basilica in the original burial cave. 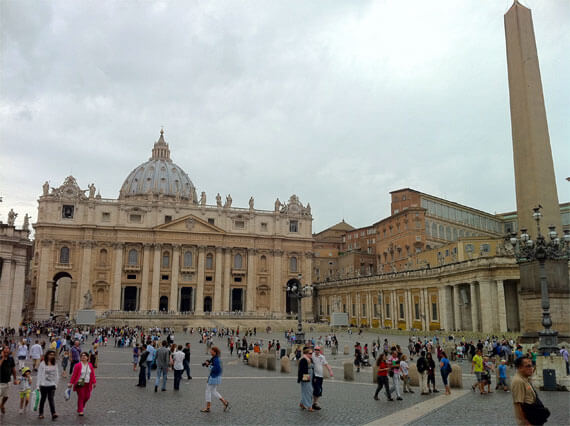 (Photo: St. Peter’s Basilica and Square was the spot where so many Christians were martyred, including Peter)

5. The Arch of Titus

Constructed in AD 82 by Emperor Domitian, the Arch of Titus venerates his older brother Titus’ victories.

Most notably, the inside relief of the arch portrays Roman soldiers carrying off treasures from the Jerusalem Temple, destroyed by Titus in AD 70. Jesus predicted this destruction in AD 33 (Matthew 24:1-2). 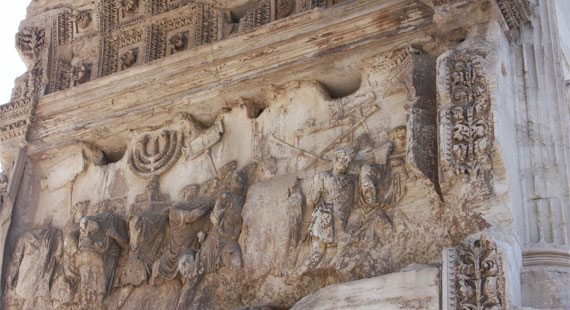 (Photo: The underside of the Arch of Titus shows a relief of Roman soldiers carrying off Jerusalem Temple treasures)

Most touching for me were the smaller burial spots carved out for children who had died. 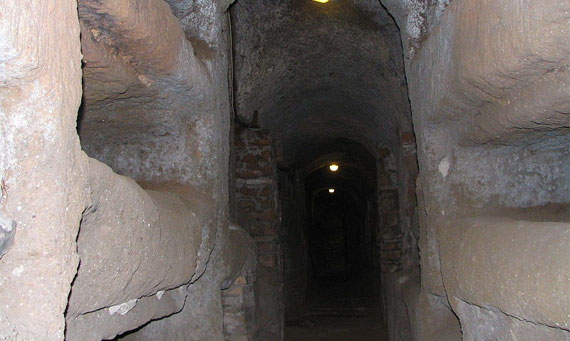 (Photo: Catacombs in Rome, by GerardM, via Wikimedia Commons)

Paul, Peter, and the early Christians are why we have Christian sites in Rome.

When I think of Paul’s desire to go to Rome, it reminds me of how God will give us a dream and we head off towards it.

We should make long-term plans for a life of faithfulness and fruitfulness. But be ready and willing for God to redirect.

Because He most certainly will.

What Christian Places in Rome Speak to You?

If you have been to Rome, what site meant most to you? What site would you most like to see if you’ve never been? Scroll down to leave a comment.

Here’s a map of all the sites I recommend:

Would you like to see these and other Christian places to visit from the comfort of your home? Take a journey with a virtual tour of the Bible Lands.